This young man showcases perseverance, determination and sweetness as he seeks a date with Taylor Swift for prom. 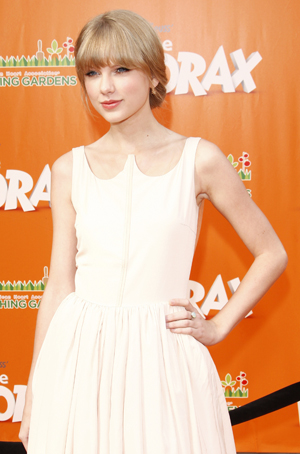 Every now and again, a story comes along that effortlessly melts your heart and makes you hopeful. Kids, this is one of those magical stories.

Once upon a time in a town of Stratford, New Jersey, a young man named Kevin McGuire had a dream. His dream was to go to prom with a beautiful girl named Taylor Swift.

Now, Kevin had a couple of obstacles in his way. For the second time, he was bravely battling leukemia and more importantly, he had never met Ms. Swift, his dream date.

But was that going to stop him? No, sir!

Back to the moment… Kevin’s older sister, Victoria McGuire, has created a Facebook page, “Taylor Swift Take Kevin McGuire to Prom!” intended to catch the attention of the country singer. That page has gained more than 60,000 followers in three days! Plus, Kevin’s supporters have admirably taken to Twitter to spread the word.

“The community has been very supportive of me,” stated the hero of our story, Mr. McGuire.

Young Kevin McGuire has been accepted to several universities and intends to study psychology in order to counsel children with cancer after graduation.

There has been no word from dream girl T. Swift, but according to her website, she is free on the date of the prom. So, we are hopeful that the news of this gentleman will reach her ears and she will oblige him in a date.

“Everyone here loves Kevin, and many of our students have known him for years,” stated Bill Scully, McGuire’s guidance counselor at the Somerdale school. “To see his dream come true would mean a lot to them.”