It started out as a commentary on a statement George Clooney made, but Sophia Bush is a woman of opinion and she is not afraid of being heard. 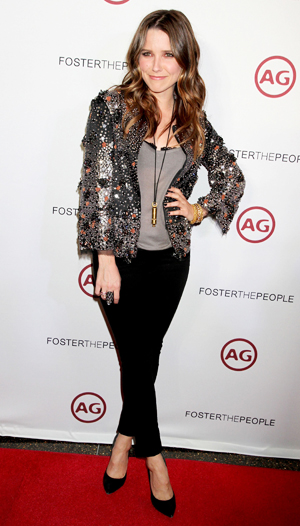 Just when you begin to wonder whether intelligence is a myth or not, Sophia Bush waltzes in and dazzles you with her grey matter.

Recently, the actress shone brighter than a fluorescent light bulb when asked to reflect on a statement made by George Clooney at the Golden Globes, stating that gay rights are the “last leg of the Civil Rights movement.” Sophia, what say you?

“Absolutely, I agree with that. 100 per cent,” the actress stated.

Preach it, girl! Obviously, she didn’t stop there. You’re about to get an earful; tell us more, dear.

Oh yeah, you just got served. This woman is the four-wheeler of gay rights activism and we like it. It’s pleasant to see a woman make informed comments on a hot issue without being emotionally driven or inconsistent.

It’s a step in the right direction, for sure. Fire off those opinions, and Godspeed!