Canada’s Olympic Hall of Fame is brimming with the names of citizen-athletes who brought skill to the games and pride to the country. We get ready for the next Olympics by looking back at some athletic heroes. 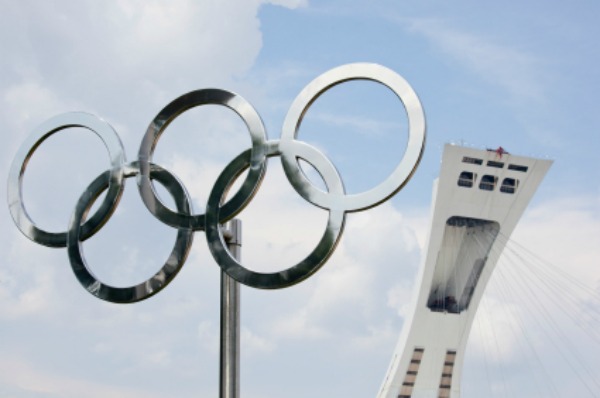 Canada has won at least one medal at every Olympics in which the country’s participated, so there’s a history of Canadian Olympic heroes — many of whom are now honored in the Canadian Olympic Hall of Fame.

Figure skating is a marquee event at any Olympics, and Canada has produced some of the best: pairs, ice dancers, as well as men’s and women’s singles skaters who have given memorable performances over the years.

The flagbearer for the 1988 Calgary games was men’s singles skater Brian Orser, who barely missed edging United States skater Brian Boitano for the gold in a highly charged duel. He’s just one of the outstanding Canadian male skaters. That list of greats also includes the artistic Toller Cranston and the electrifying and talented Kurt Browning. Ice dancers Tracy Wilson and Robert McCall captivated judges and audiences, and pairs stars such as Isabelle Brasseur and Lloyd Eisler competed at top level for years, as did Maria and Otto Jelineck. The incomparable Barbara Ann Scott dominated ladies’ competitions and was an inspiration to others who followed: Petra Burka, Barbara Underhill — alone and with her partner Paul Martini — and Barbara Wagner.

Speed skaters Sylvia Burka and Gaetan Boucher proved Canada could rule the ice. Speed skater Clara Hughes was a double threat: Hughes won one gold, one silver and two bronze medals, after first competing as a cyclist in two summer games and claiming a pair of bronze medals in those games. Short-track specialist Francois-Louis Tremblay skated in three different Olympics and won five medals, two of them gold.

The country’s history in ice hockey, of course, is legendary, with so many great individual stars playing as a team for the glory of the sport and the country. Canada has earned 18 medals in men’s ice hockey, 11 of which gleam gold. The Canadian women’s team also has done its part, winning three gold medals and one silver in just four competitions.

Rowers Kathleen Heddle and Marnie McBean competed in 1992 and 1996. Their take for two Olympic Games was four medals each. These women have three gold and one bronze for their individual trophy cases.

Another female rower, Lesley Thompson, showed her grit at Olympic games from 1984–-2000 and then returned in 2008. Her long and storied career produced one gold medal, two silver and one bronze.

Canadian Olympic heroes for the future are training now in preparation for the next Olympic Games. We can expect new faces and names as these hopefuls compete in front on the entire world for love of their sport and the pride of Canada.

30 Things Canadians should know about Canada
Oh, Canada! Things we love about our country
101 regions of Canada and reasons to visit