Well, isn’t that precious! Sarah Hyland won’t need to do much research for her newest onscreen relationship, on Modern Family — since it happens to be with her real-life boyfriend. If only we saw this kind of thing more often! 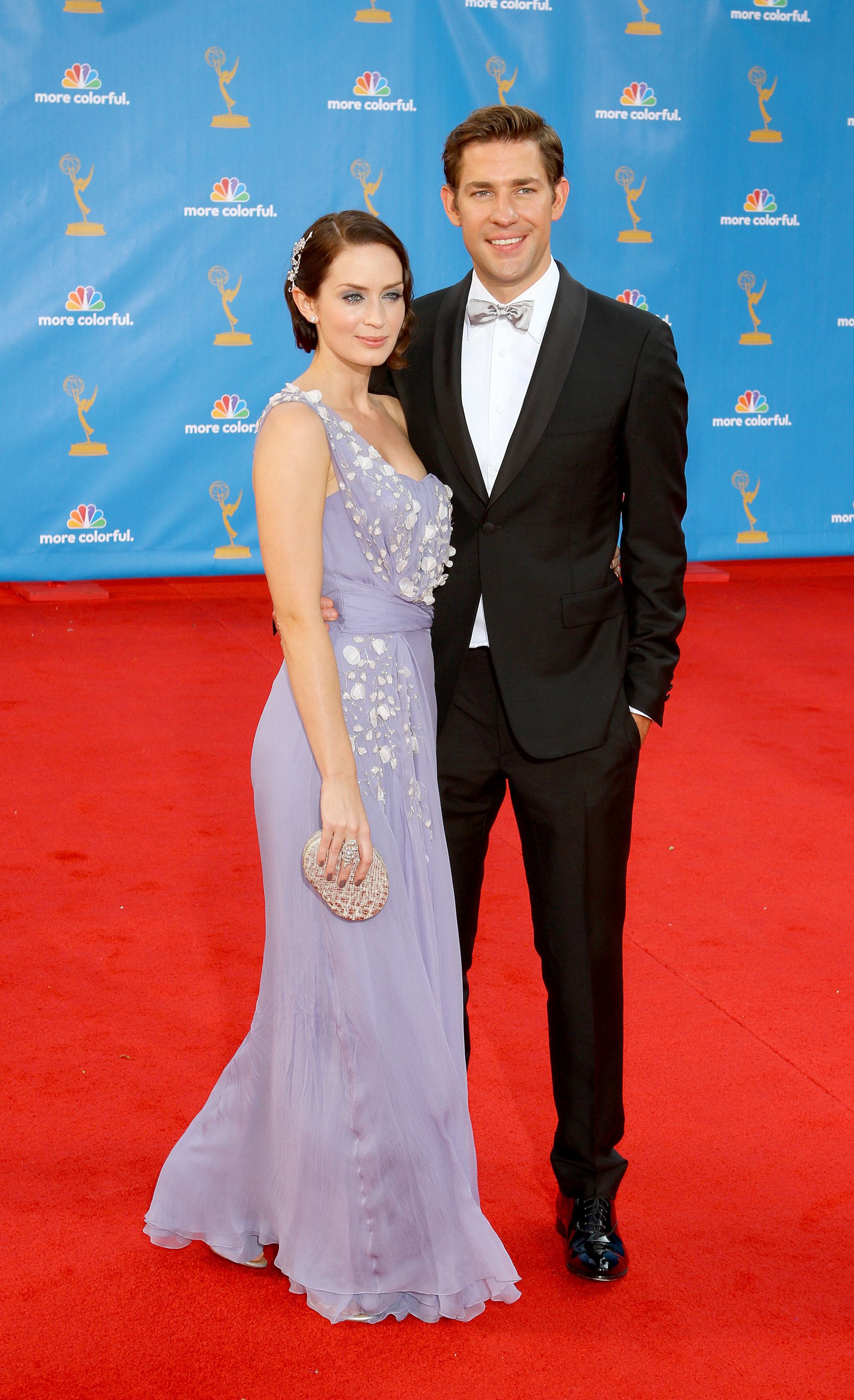 Hyland, who plays the vapid and rebellious, yet thoroughly lovable Haley Dunphy on the popular sitcom, will no longer have to wait until the end of a long day on set to show her boyfriend, Matt Prokop, some love. We’re thrilled that Haley’s about to have a new man in her life, but it makes it that much more exciting that we get a little glimpse into her real love life at the same time.

Don’t you wish this kind of PDA happened more often on your favourite TV shows? It’s a great way to get some viewers, that’s for sure. Even the news of David Arquette‘s upcoming appearance on Cougar Town has already received some serious press — and he and ex-wife Courtney Cox aren’t together anymore! Let this be the official call to get more real love lives on display in prime time.

John Krasinski and Emily Blunt on The Office

This is one of the most visually satisfying couples in Hollywood; eyeballs everywhere deserve as much observation of them together as possible. Though the two come from pretty different ends of the entertainment spectrum, we already know the Emily is more than capable of pulling off the comedy, thanks to her scene-stealing turn in The Devil Wears Prada as the super-chic, anal-retentive assistant, Emily. And it might be about time that the perpetually perfect relationship between Pam (Jenna Fischer) and Jim (Krasinski) is thrown a slight curveball. Or, better yet, maybe they could go the Friends route and play characters who utterly detest each other, as happened when Jennifer Aniston‘s then-husband Brad Pitt guest starred (one of the most memorable real-life love appearances ever) on the show. To be honest, we’ll take any excuse for some more Emily/John together-time, whether they’re playing at being in love or not. Make it happen, somebody.

Yes, we know David Burtka has already guest-starred on HIMYM as Lily’s (Alyson Hannigan) ex-boyfriend, Scooter. And yes, apparently David has given up acting to become a chef. But wouldn’t it be just amazing if Scooter came back one more time… as Barney Stinson’s love surprise interest? Even if only in a dream sequence. After all, Barney has tapped pretty much every female in the city of New York and beyond. Why not give his own team a try? And we already know that the handsome real-life couple has a strong chemistry. This would definitely be appointment TV.

Ashton Kutcher and Demi Moore on Two and a Half Men

This is, of course, an enormously conditional scenario, but in the best of worlds — and we have no doubt that this will be the case — Demi will have recovered smoothly and quickly from her recent troubles and will be able to work again in no time. Of course, there will likely still be the issue of Ashton and Demi’s damaged relationship. In our fantasy, though, Two and a Half Men presents us with something bigger than even Ellen Degeneres‘ outing of herself on her sitcom Ellen: A reconciliation of the couple. It would be a very carefully constructed plan, of course. First, we’d hear whispers of Demi and Ashton getting back together. Then, news would break that Demi is doing a guest spot on the show — but nothing romantic. Specualtion would explode until, finally, the episode reveals the two romantically involved after all, followed by a public announcement the next day that they have reconciled. Sigh. All we can do is cross our fingers.