Oy, someone was bound to say it. Days after Adele was getting heat for flipping off the audience at the BRITs, Lily Allen claims that the singer’s unjust speech-cut was discriminatory. 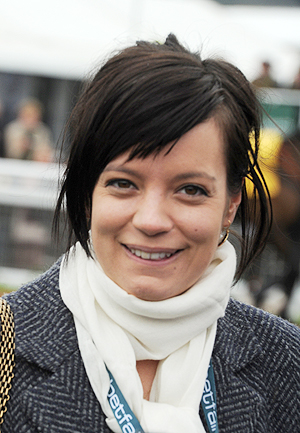 So, do we all still remember how Adele’s speech was cut short during the BRITs? Just in case, here’s a summary: Adele won two BRIT awards, but her last speech was cut short — by host James Corden, because he had to introduce the next performer, the band Blur — and the 23-year-old singer flipped off the “suits.”

Now, singer Lily Allen has raised her voice in defence of a fellow woman and proclaimed that the speech cut off was… sexist!

“I’d rather hear adeles acceptance speech,” Allen tweeted post-incident. “I can’t say I’m surprised. It was like the music industry’s attitude to women played out as a metaphor.”

Holy potato fries! Although it would make a fantastic conspiracy theory, it seems hardly plausible that Adele’s speech-cut had a sexist subplot aiming to subconsciously degrade the female viewers of the show. Now, if the speech was cut and Adele was asked to strip down to some raunchy music and then forced to dance her way off stage — that would be a different story.

For now, let’s just say it was the time constraint and leave it at that. Opinions?