TBS knows that you don’t mess with a good thing. And Conan O’Brien is the supplier of that good thing — which is why the network decided to extend his show for two more years. 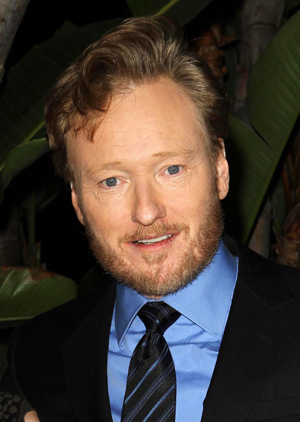 Show business is a tricky industry; your job is never really secure. Luckily, Conan O’Brien does not have to look for a new job anytime soon.

TBS has decided to renew the late-night show Conan until April 2014. If you remember, O’Brien famously left NBC in 2010 after the network tried to push Tonight Show back half an hour to allow the return of Jay Leno’s show. Conan debuted on TBS in November, 2010.

“I am excited to continue my run with TBS because they have been fantastic partners. This means I’ll be taping episodes of Conan well into the Ron Paul presidency,” said a statement issued by O’Brien.

The show ran into trouble with ratings on several occasions, but saw a surge in viewership in the past three months, which played a major role in its renewal.

So, that kitten-licked red ‘do is going to be entertaining us well into 2014, which is all kinds of exciting. Godspeed, good man!