Bored of what’s on TV these days? Or simply all caught up on your favourites and looking for something new to watch? Then track down these television shows of the past for some quality drama and hilarious entertainment. 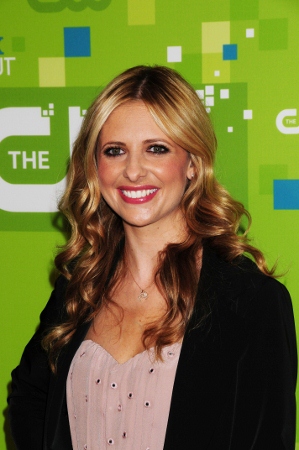 Before True Blood and The Vampire Diaries there was one show that captured the hearts of myth lovers worldwide — and that show was Buffy the Vampire Slayer. A small Californian town called Sunnydale happens to exist on top of a hellmouth to which evil creatures are drawn. The slayer, played by Sarah Michelle Gellar, works with her hilariously nerdy group of friends to keep evil at bay. The storylines are smart, the dialogue is witty and you are guaranteed to love every member of the “Scooby gang” from the very first episode.

Inspired by the book and movie of the same name, Friday Night Lights follows the lives of the coach and players of the football team, The Panthers, in Dillon, Texas. The characters are rich, the acting is phenomenal and the plots keep you engaged from seasons one through five. The scenarios have such genuine roots to them that you can’t help but get involved in the hopes and dreams of the people of Dillon. And there are rumours that a movie might be in the works, so you just may have more Friday Night Lights to look forward to when you finish off the seasons!

Arguably J. J. Abrams’ first masterpiece, Alias follows a young woman by the name of Sydney Bristow, played by Jennifer Garner, who joins the CIA after witnessing a terrible crime. Ms. Bristow quickly becomes an undercover operative and is forced to find a balance between her duty to her country and the normal life she tries to lead while hiding her secret identity from her friends. The plots and character histories get more and more interesting and complex as the series develops. You will be constantly riveted and permanently cheering for Sydney’s success.

Unbelievably funny, suspenseful and entertaining — this is a show that was ended far too soon. The high-school comedy/drama follows the young detective Ms. Mars, played by Kristen Bell, as she attempts to navigate her way through adolescence and mystery. The witty banter will have you on the verge of wetting your pants, while the eerie plots send shivers down your spine. It’s the perfect combination of comedy, romance and drama to keep you entertained through its three-season run.

For a good old-fashioned family feel, Dr. Quinn is the perfect show for children and adults alike. The show tells the story of Dr. Michaela Quinn, played by Jane Seymour, as she struggles to win respect as a female doctor in the 1860s in the small town of Colorado Springs. The characters are unbelievably relatable and morals are never laid on too thickly. You will fall in love with the chemistry between Dr. Mike and Byron Sully and be deeply entertained by the stories of all the citizens of Colorado Springs. An absolute must-see!