Well, never say never. If you thought a 16-year-old publishing an autobiography was bad, now there’s a second one on the way for you to frown about. Once again, Justin Bieber is putting pen to paper and camera to face for his new book. 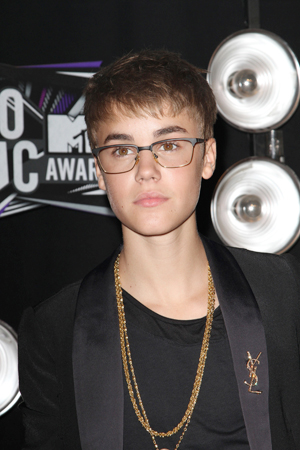 Justin Bieber is like sugar to the world — sweet, everywhere and never enough.

The 17-year-old is releasing a second book recounting his life since the publication of his first book in 2010, complete with trillions of photographs.

The book is titled Justin Bieber: Just Getting Started, and it’s going to be published once again with HarperCollins.

“I’m so excited to be working on another book with HarperCollins,” J.Biebs shared with Us Weekly. “Being able to share my story with my fans through these books is an absolute privilege. I can’t wait to show them more about my life on tour and in the studio in this next book.”

The book promises Bieber fans the chance to get up-close and personal with the star, and is scheduled to be released in September.

Who knew that a 17-year-old could live two books’ worth of life? At this rate, by the time Justin Bieber hits fifty, he would have published around 20 books… about himself.

This book, no doubt, is already predestined to be become a best-seller. Behold — the future of literature!