Everything is not what it seems. Selena Gomez reveals that she was not always the outgoing Energizer bunny that we know and love today Â— the actress struggled with confidence in school. 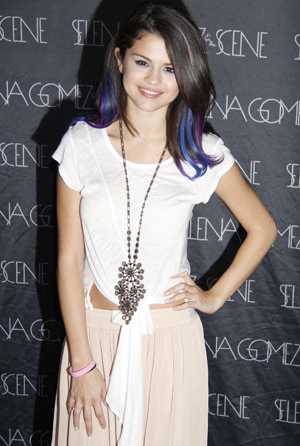 Aw, we all watched little Selena Gomez grow up on-screen as the very charismatic Alex Russo on Wizards of Waverly Place, but the actress reveals that she had few friends and no confidence when she was in school.

“I had two friends, but I just sat at the back of the room and got on with my work,” she told Mail Online. “School is such an awkward time in your life. I was never confident in school.”

Gomez also revealed that she had a tough time with the gentlemen, which is hard to believe, considering the vast array of creepy sexual scenarios composed by the desperate fraction of males on the internet.

“I never went out with guys at school. I had a crush on a guy, but I never told him about it. I did the thing that a lot of girls do: I avoided him!”

But luckily, that is all in the past. Gomez has successfully — to the dismay of millions of girls — bagged herself Justin Bieber. Not bad, for a former shy girl; what advice does she have?

“You need that self-confidence if you want to chat to the guy you like,” she stated. “If you’re confident with yourself, and you’re okay with that, then you should go for it.”

High-fives for con-fee-donce! It seems to be lacking nowadays. Girls, eat that bowl of pasta, take off those Spanx, put your hair up and, most importantly… Smile!