Contestants may have come aboard The Biggest Loser to change; but, this week, they struggle big time with alterations they weren’t expecting. Can the players still accomplish their goals, even with these new challenges? Read on to find out! 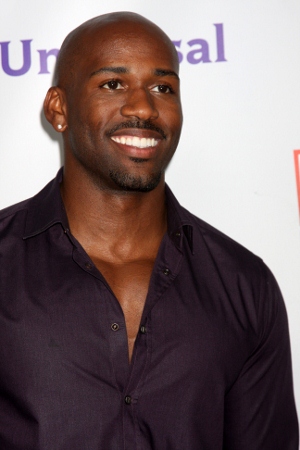 The evening kicked off with a temptation challenge that would give the person who consumed the most calories the chance to switch up the teams in whichever way he/she wanted. The contestants came face to face with their favourite dishes, from glazed donuts to pepperoni pizza, and had three minutes to eat as much or as little as they desired. Only a few people elected to sample from the treat table and Daphne was named the winner after consuming over 1800 calories’ worth of peanut butter cups. She used her newfound power to anonymously swap Conda and Jeremy.

That anonymity, however, didn’t get her far, as finger pointing immediately ran rampant in discussions back at the house. Everyone felt quite certain the decision was a personal one, and connected the dots back to Daphne. Conda had a hard time dealing with the loss of Dolvett as her trainer and Jeremy wasn’t doing much better having lost his black team. Their struggles only served to make everyone else more ticked off at Daphne for implementing changes. Fortunately, Bob managed to talk her into coming clean, but her confession came too late. The black team had already decided to throw the weigh-in in an attempt send Daphne packing.

Bickering abounded as it became clear that the majority of the black team was throwing the weigh-in. With the red team losing a total of 43 pounds compared to the black team’s measly 12 pounds, the latter guys lost big time. Between peanut butter-cup bingeing and weight-loss throwing, the black team was swiftly sent to the elimination room. Does anyone else feel a little saddened when contestants that are given such an amazing opportunity put game-play ahead of their weight-loss goals?

Ultimately, Daphne’s decision came back to get her, and she was eliminated. Hopefully next week they’ll be able to get back on track and focus on the real changes they want to see happen!