Everybody needs to take a break sometimes. Jennifer Aniston managed to rest from the media while filming a Hollywood film — genius! The rest of us usually just munch on chocolates as a break… 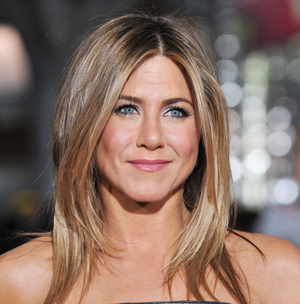 Jennifer Aniston rose to fame on Friends as Rachel Green, and since then has blessed us with many romantic comedies. What would a Friday night in be without JenAn?

But being in the public eye for so long took a toll on Aniston, who is constantly scrutinized and plagued with baby rumours. Luckily, the actress got to take a little break from the media during the filming on Wanderlust, co-starring Paul Rudd.

The film is about a couple who flee the busy streets of the city to a remote commune, and it was filmed in Georgia where the claws of paparazzi cannot reach you. So, does Jennifer ever dream of a life away from the camera lens?

“Every day, yes,” she told Collider.com. “For me, going to Clarksville and shooting this movie was a version of that because there was no paparazzi. I really realised how much I had walled myself in, not consciously so, but just with this protective armour that I have. It’s not for my friends or people in my family, but just being outside in the world, I’m always on guard.

“So, there was just this sigh of relief… I really made a conscious effort to remind myself, ‘Don’t wall up like that.’ I think that you miss out on a lot of stuff when you’re so protected and isolated.”

True say, if Jennifer ever feels the need to get away — Canada is readily available, complete with a set of cities that no paparazzi will ever think of going to. You’re welcome.

Aniston is also set to receive a Hollywood star on Wednesday. Congrats! Everybody hollaaa.