Hallelujah! The late-night show host returns after a brief, mysterious absence due to “unforeseeable circumstances.” So, what happened? 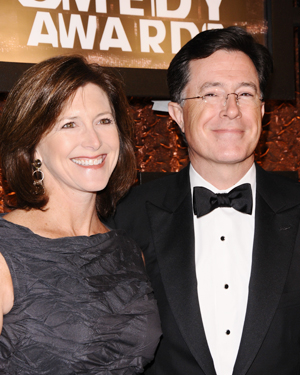 Have you noticed that the sun shines just a little brighter, the weather is not as bitter and you have a spring in your step? This can only mean one thing…

The return of Stephen Colbert!

That’s right, kids. After cancelling two shows last week due to personal reasons, the always-funny Colbert is back to grace our television sets.

At the beginning of the show, Colbert addressed his absence and dispelled some of the far-fetched rumours that have taken over the net.

So let’s shoot them down together: His show was not cancelled, he’s not in trouble with the Pope and he has not had any plastic surgery done. This still leaves the possibility of an alien abduction, a chakra realignment or an amateur curling match in Rio.

Colbert did give the audience a clue to his absence, with this mysterious shout-out:

“Oh, one more thing. Evidently having 11 children makes you tough as nails,” he said, “Confidential to a lovely lady.”

Most likely referring to his mother, who did have 11 children and was rumoured to be ill. Hopefully, this means that she is on a steady road to recovery.