Drama of royal proportions! Prince Pierre, 24, was hospitalized after sustaining cuts to the face in a scuffle with a former nightclub owner over supermodels. 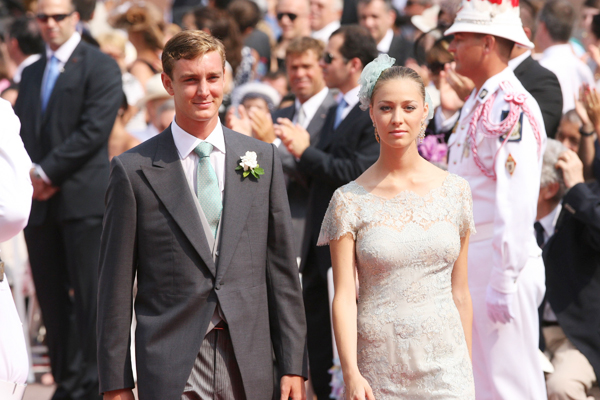 Here’s le scoop: Prince Pierre Casiraghi of Monaco got roughed up at the Double Seven bar in New York in front of numerous top models and socialites.

The offender was reportedly former nightclub owner Adam Hock, who was arrested for assaulting the prince and three of his friends.

The prince was said to have been with Stavros Niarchos III, shipping heir and Paris Hilton‘s ex, and model Jessica Hart before the kerfuffle began.

Hock claims to be a victim of an unprovoked attack. He stated that he was drinking peacefully with models Natasha Poly, Valentina Zalyaeva and Anja Rubik before the prince arrived with his entourage and began harassing the women and then snatched a $500 bottle of vodka from his table.

Then, apparently, “all hell broke loose,” according to a witness speaking to the New York Post. It is unclear who actually initiated the fight, but friends of the prince claim it was Hock who swung the first punch.

“The prince walked up to the table, and Adam just slammed him for no reason,” a witness stated. “Stavros jumped in to help Pierre, and then he got slammed in the face.”

The punch allegedly sent the prince flying and left deep cuts on his face.

The prince was treated for his injuries at the New York Presbyterian/Weill Cornell Medical Centre before being released.

Hock was apprehended and is due in court next month. His lawyer said, “My client is not Bruce Lee. These four guys are trust-fund babies who think the world is owed to them. They are like spoiled brats.”

First of all, what kind of lawyer makes statements like that? There’s a couple of slander suits right there. Second of all, and pertaining to the fight itself, it seems unlikely that Prince Pierre would swing first, but it would not be surprising if he said a few things that maybe he shouldn’t have. His face will attest to that.

You don’t see a prince all bloodied up every day. This one’s for the scrapbooks.