Gabriel Aubry, free of charge — criminal charge, that is. The model by trade and Halle Berry’s ex is not going to be charged for reportedly pushing his daughter’s nanny. 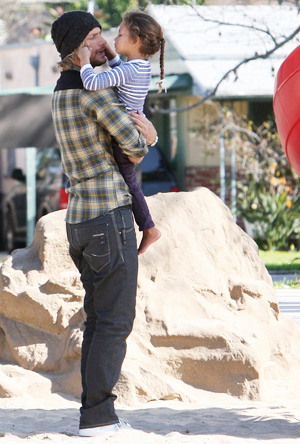 Well, at least that’s done and over with. Halle Berry‘s ex, Gabriel Aubry, is not going to be charged for allegedly verbally abusing and violently pushing his daughter’s former nanny.

“The City Attorney’s Office has declined to file charges in this matter due to insufficient evidence as well as no reasonable likelihood of conviction,” office spokesman Frank Mateljan told E! News.

The judge also denied the nanny a temporary restraining order. Ouch! She can’t catch a break.

Honestly, there’s hardly ever a “reasonable likelihood of conviction” in the celebrity world, is there? But that’s a story for another time.

Aubry has more to worry about, now that Halle Berry filed a request to be permitted to relocate to France with their daughter Nahla. The former couple has been in and out of court, battling for custody of their child for several years now.

Ay, a never-ending story. Maybe Berry can move to France with Aubry in tow; he already speaks French, anyway.… He could become a model for farm brochures… or something.