Victoria Beckham is not taking any of your… well, you know. The fashionable mom and wife to David Beckham is defending her appearance after critics attack, saying she looks miserable and gaunt in recent photos. 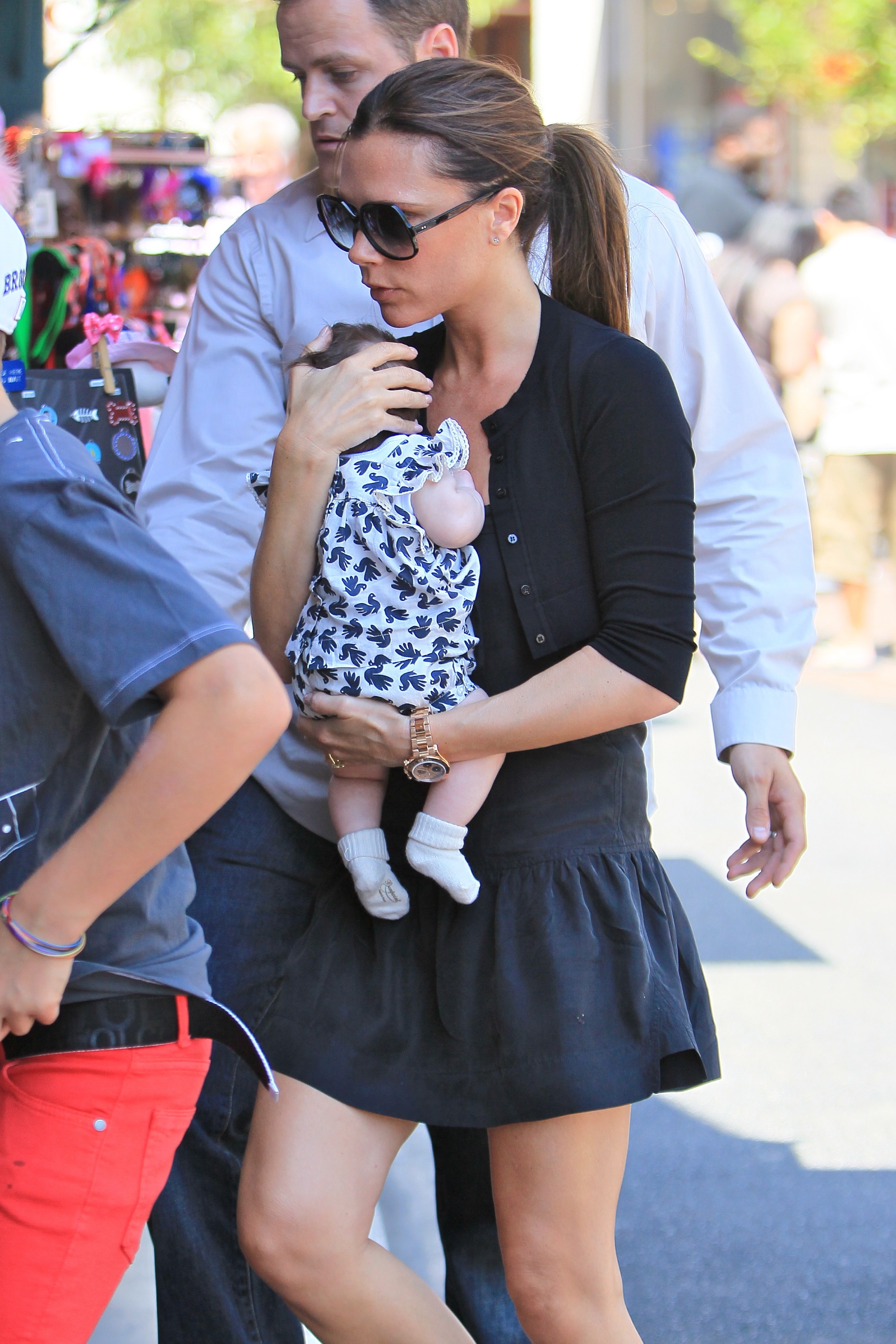 She’s a mum and proud of it!

Former Spice Girl Victoria Beckham is lashing out at critics after some not-so-nice comments about her miserable and gaunt appearance at New York Fashion Week last week. The fashion designer just isn’t having it.

“If people want to say I’m miserable then so be it. I’m really not. I have a lot on my plate,” says Victoria in an interview with the Mirror UK. “I’m basically just like any woman who’s working and has lots of children — it’s tough.”

Victoria, who has been juggling her role as a fashion designer and a mother to her four children, says that she hasn’t gotten a lot of sleep since her adorable tot, seven-month year-old Harper Seven, was born.

“It’s actually been crazy. I had Harper, I was working on the collection and I was straight back into it. I took a lot on board. I’m tired. You can’t look your best all the time.”

Along with her fashion collection, taking care of her children and being a wife to the very handsome David Beckham, Victoria has also just recently been named an ambassador for VisitBritain‘s “Great” campaign, to which she will lend her fashion talents to promote the U.K. fashion industry.

A devoted mom, an extremely creative fashion designer and a passion to contribute to her talents to her homeland — this woman does it all, don’t you think? Maybe everyone just needs to give Victoria Beckham a break — or don’t give her a break, because, either way, this posh girl tells the Mirror UK that she couldn’t care less what people think of her.

“People can read the s**t about me and believe what they want and I get it. But I don’t want to focus on that side of things… you can’t get hung up on what other people say.”