This is what we live for. A woman is in custody after trespassing on Kenny Chesney’s property and getting drunk. The interesting part is, where was she found? 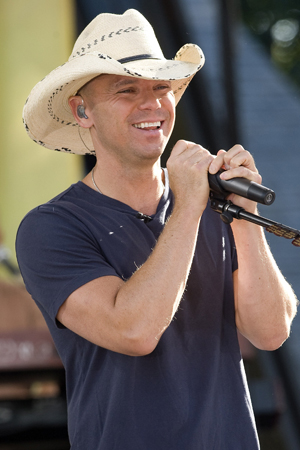 This is one of those stories that encourage your mind to meander to the most desperate or crazy moments of your life and mark them as utterly normal and mundane.

So, here’s le scoop: a little lady named Melissa Carol Mansfield, 31, was arrested on Kenny Chesney‘s property, and charged with the misdemeanors of public intoxication and criminal trespassing.

Yes, so the story goes like this: Ms. Mansfield, possessed by the strong bond of love she has developed for Mr. Chesney, snuck onto the singer’s Tennessee property and, in the act of doing so, set off a vast array of alarms, thus alerting the authorities.

Upon arrival, the police discovered Ms. Mansfield in the act of the consumption of wine and the smoking of a cigarette in a — wait for it — backyard restroom on the property. Restroom being the American equivalent of washroom. British: toilet.

Flabbergasted, Ms. Mansfield claimed to be dating the country star, but those claims were quickly denied by the housekeepers and Chesney himself. Hence, the intruder was apprehended.

This one’s a knee-slapper, for sure. If one was to sneak into Kenny Chesney’s property, the washroom seems to be the least appetizing place in which to drink wine, no?

Maybe by the side of the pool, under a tree, on a deck, a hammock… That must have been one luxurious bathroom.