Clooney reveals that he is not perfect and that he struggles to keep his life balanced just like everybody else. Why are we all so surprised? 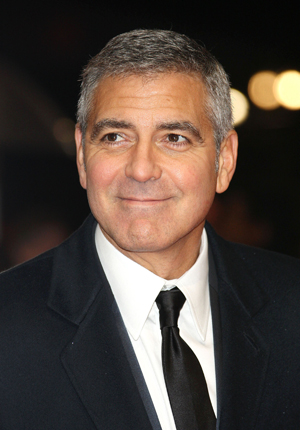 Who knew that behind the sultry, mysteriously suave visage of George Clooney lay such dark, gloomy thoughts?

The actor admitted that sometimes even he feels lonely, overdrinks and struggles to fall asleep at night. OK, it’s final, there’s no hope for the rest of us.

In an interview with The Hollywood Reporter, Clooney admitted, “Anyone would be lying if they said they didn’t get lonely at times.”

He added, “The loneliest you will get is in the most public of arenas. You will go to a place and end up in the smallest compartment possible, because it’s a distraction to everybody, and you end up not getting to enjoy it like everyone else.”

The actor also revealed that he has trouble sleeping without waking up “every night five times,” and admits that he sampled cocaine when he was younger. What about drinking? Hollywood is notorious for its co-dependent relationship with alcohol.

“I drink at times too much,” Clooney confesses. “I do enjoy drinking, and there have been times in my life when it’s crossed the line from being fun to having to drink late at night for absolutely no reason. So what I do is, I stop. I haven’t had a drink since New Year’s Eve.”

Just makes you want to brew him up some strong Earl Grey and either sit down for a soulful chitty-chat or go on a baking crusade with him and have some laughs. Le sigh.

Amidst the confessional, Clooney also poked fun at the prospect of him ever running for political office, saying that he’s “slept with too many women, done too many drugs and been to too many parties.” Oh, silly boy!

Clooney’s interview screams earnest and reminds us that celebrities are people too. At times, we do forget…