He’s always so upbeat and cheerful, it’s hard to believe that Nick Cannon can possibly struggle with health problems. But the star’s health is failing; doctors say he needs to take action before it’s too late. 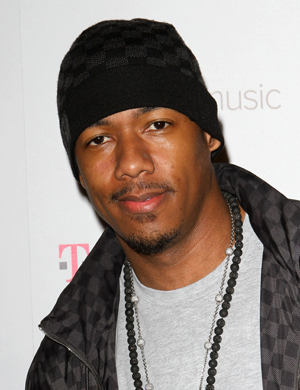 Nick Cannon, host of America’s Got Talent, has been facing some real health challenges lately.

The star has recently revealed that last week he was briefly hospitalized for two blood clots in his lung and an enlarged right ventricle in his heart, E! News reports. And this is all post treatment for kidney failure after New Year’s.

“My doctor was saying that my work is going to kill me — and he’s not joking,” Cannon told 92.3 NOW-FM. “I think part of the reason why my health did kind of deteriorate was because I wasn’t resting a lot and I was doing too much. I was overworking myself, working out too much.”

Sweet baby spinach! The man’s only 31 years old. Cannon is known to be a multi-tasker and hence, travels a lot. But maybe it’s time to hit the brakes?

“I always took a lot of pride in working so hard and never taking a day off,” Cannon stated. “But I’m learning that it isn’t the wisest thing all the time, especially being a new father. Not only wanting to spend more time with my children, but wanting to be there for my children.”

Aye, do it for the kids. Cannon happens to be married to Mariah Carey, and the couple have 9-month-old twins together. We say trade in those plane tickets for a sandbox and chill with the kiddies.

Or hit YouTube and become a video sensation. You’d never have to leave your house! Opinions?