Breaks are for suckers! The Grammy-award winning singer denies allegations of plans to take a five-year break, and talks about her future endeavours. 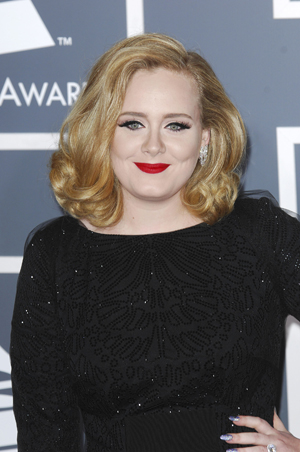 The British singer Adele took the world by storm. Recently, she won a trolley-full of Grammys, and her latest album, 21, has been No.1 on the Billboard chart for an impressive 20 consecutive weeks.

The latest buzz, however, is that the singer seemed to hint an upcoming hiatus in her Vogue cover story.

“I am f–ing off four four or five years,” the singer stated in her interview, “And then I don’t know what I’ll do. Get married. Have some kids. Plant a nice vegetable patch.”

And after hearing the wails of her adoring fans and the billions of hearts shattering, Adele issued a new statement clarifying that she, in fact, will not be taking a break anytime soon and has plans to go back to the studio in the near future.

This is great news for the music world and the human populace as a whole, since Adele’s voice sounds like the angels playing a moody harp that possesses profound metaphysical ponderings.

The singer also wants to go back touring but plans to take it easy and preserve her vocal cords after her surgery.

We are happy as little clams and are looking forward to Adele’s new album.