All the bells are going off! Kristen’s Hollywood home has been auctioned off after foreclosure. Is she in financial trouble? 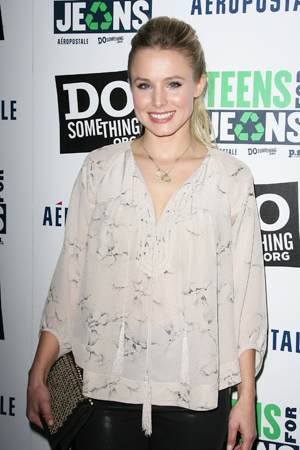 According to the E! News report, Bell purchased the home in 2006 for $3.1 million, but moved out of it a while back. In December, she was notified that if no action was taken to protect the property it would be auctioned off.

It’s pretty safe to say that no action was taken, because the house is already sold.

But fret not, Bell is not aimlessly wandering the streets of Hollywood with no roof over her head. She actually moved in with fiancé Dax Shepard after their engagement.

Bell’s former home was featured in In Style magazine in 2009. It was a Mediterranean-style house which the actress re-designed with the help of interior designer Stacey Vuduris.

Oh, silly celebrities forgetting about their million-dollar villas. We get excited to unexpectedly find a loonie on the pavement…