It seems to be happening so fast! So here it is: A funeral in Houston’s home town of Newark and plans for the singer’s burial to commence this Saturday. 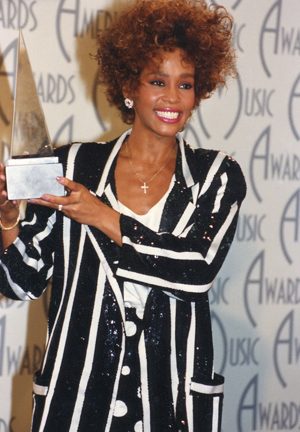 Whitney Houston‘s body arrived in New Jersey yesterday. It was met by a crowd of mourning fans and driven straight to the Whigham Funeral Home where it was received by the singer’s grieving mother, Cissy.

The funeral is set to take place on Saturday in the Newark New Hope Baptist Church. This particular church gave Houston her first stage on which to dazzle audiences , back when she was just a child.

The ceremony is invite-only and will commence at noon. There are no announced plans for a public memorial, but fans have organised numerous unofficial tributes all across the country and are expected to show up at the venue to show their support for the late songstress.

We should expect more details to emerge in the coming days, especially concerning the attendee list.

Meanwhile, Twitter is filling up with Whitney Houston tributes and stories. Maybe you could share your favourite Whitney memories with us?