Eat your heart out, Karl Lagerfeld. Adele is the new cover girl for Vogue U.S. and she is sharing the details on her life, music and her desire to start a family. 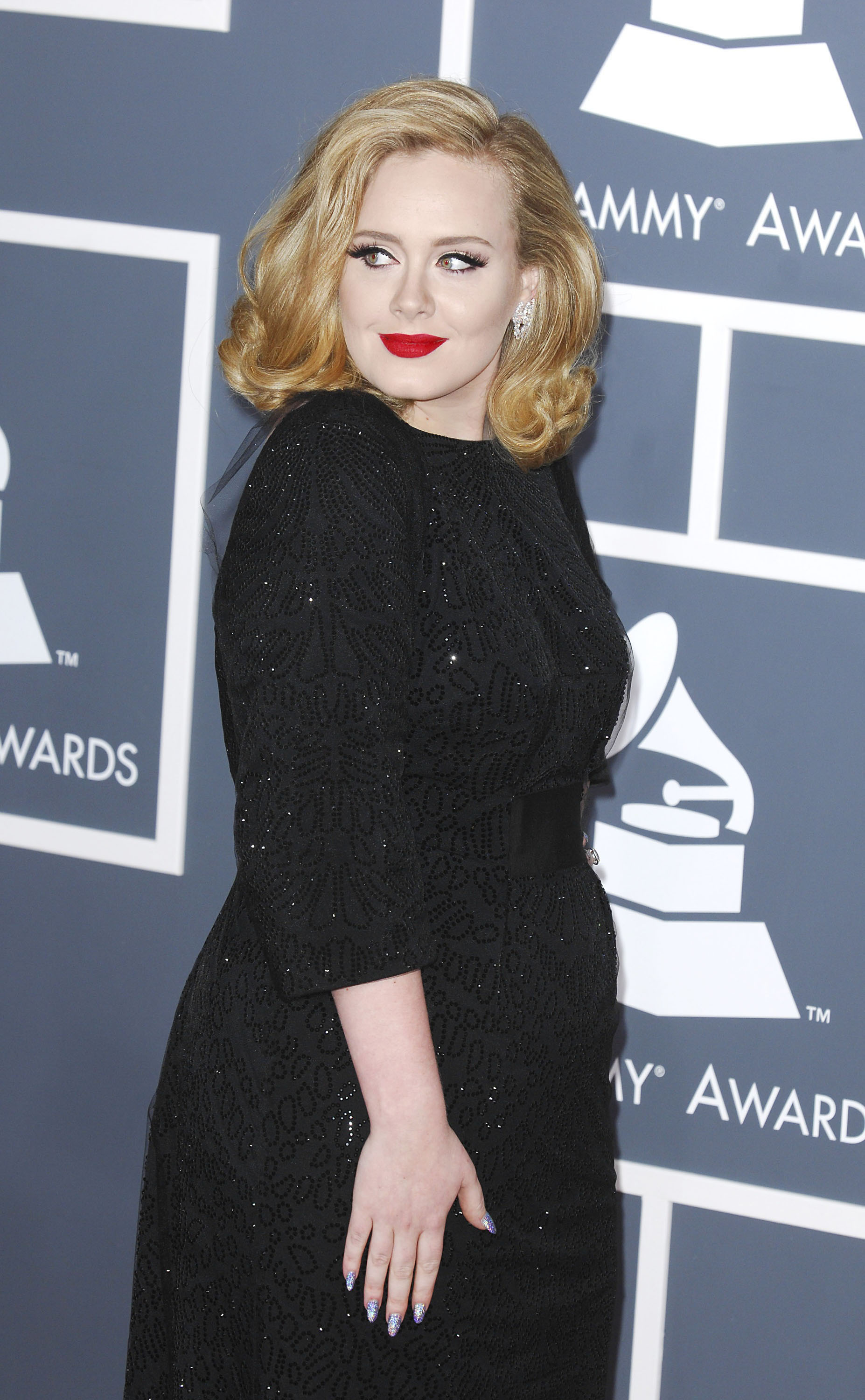 Adele is the one and only, according to Vogue US.

The triumphant six-time Grammy winner is the newest musician-celebrity to pose for a March magazine cover, and she is looking fab-u-lous! After being labelled “too fat” by Karl Lagerfeld, the “Someone Like You” singer looks like a divine brunette goddess, wearing a black lace dress that shows off the singer’s beautiful, slimmer body.

The British soul singer is candid in the interview, sharing her thoughts on various topics, including her feelings on her quick rise to stardom in the music industry, and her fear of having to get throat surgery.

“I knew my voice was in trouble and obviously I cried a lot,” told Adele to Vogue US after learning that she had throat problems and needed to get surgery. Adele, who underwent the vocal chord surgery in November, told the fashion magazine that she “started humming” in order to build her voice back up.

Of course we know that humming must have paid off, considering her amazing performance at the Grammys this past weekend, where she belted out her hit song, “Rolling in the Deep.”

Adele also attributes her music success to writing about her emotions and her former relationship with a man ten years her senior, which she says gave her inspiration for her record.

“If I hadn’t met him, I think I’d still be that little girl I was when I was eighteen. And the best thing is, I now know what I want for myself and from someone else. I didn’t know what I wanted before,” says Adele in the interview.

But what about the one thing people are truly dying to know about: her love life? After taking to her blog to say that she would only talk about her relationship with her new beau, Simon Konecki, in order to dispel rumours that she was a home wrecker, Adele opens up about Simon, saying that she thinks he’s wonderful.

“…he don’t care about what I do or what other people think. He looks after me.”

But if you’re hoping for her to write more hit songs about failed love, don’t even think about it. Adele says she’s done being a “bitter witch” and wants to possibly start a family in five years or so. Most importantly, she just wants to be happy.

“People think that I’m f**g miserable…I’m the total opposite of my records.”

Karl Lagerfeld has a weight issue with Adele
Adele “needed to be silenced”
Adele used phone to drop expletives while on vocal rest!