Oh, the sleepless nights! The man who threatened Madonna in the ’90s was caught after escaping from a mental facility. There are no reports of anyone being hurt. 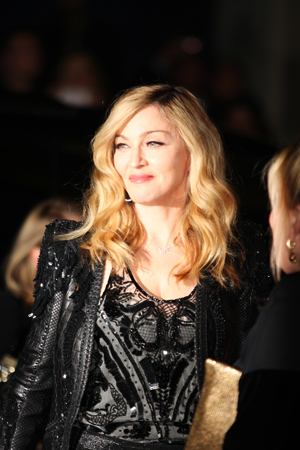 Nothing tastes better than a piping-hot slice of justice.

It was reported that Madonna‘s aggressive stalker has eluded the authorities and was at large. Rumours were flying tirelessly that he was targeting Halle Berry and has been persistently sending her violent death threats.

Well, it turns out that the Los Angeles Police Department is speedier than a burger joint, because Robert Dewey Hoskins, a.k.a. the stalker, was actually apprehended shortly after his escape and is now in custody.

Make some party noise for the po-po!

Madonna surely must be breathing a little easier now. Hoskins, who served a 10-year sentence for threatening and stalking the Queen of Pop, escaped the mental facility unnoticed. He was found on Friday, a week later, and escorted back to the Metropolitan State Hospital.

Maybe the hospital personnel could attach some bells to Hoskins’ slippers so he will not slip out unobserved again.…

Anyway, happy endings are the greatest!