You better batten down those hatches, a storm’s coming. The man jailed for stalking the Queen of Pop more than ten years ago has escaped 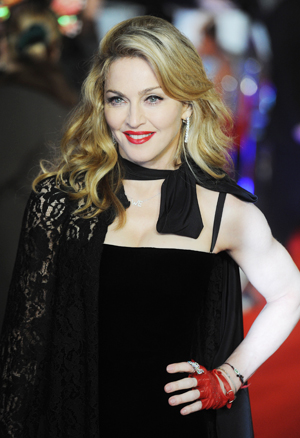 Okay, people, this is not a drill.

Madonna is coping with some legit problems today. A man convicted of stalking the singer in the ’90s and sentenced to 10 years of jail time has escaped an L.A. mental institution.

According to an E! News report, Robert Dewey Hoskins, 54, once threatened to slit Madonna’s throat if she did not agree to marry him. He fled from the Metropolitan State Hospital in Norwalk, CA on Friday.

“Hoskins is highly psychotic when not taking his medication and has very violent tendencies,” a statement from LAPD said.

Back in 1995, Madonna testified at Hoskins’ trial, stating that his consistent attempts at breaking into her home left her with nightmares, and in a particular incident her bodyguards were forced to shoot him.

Reportedly, Hoskins now has his eyes set on Halle Berry, and may have been responsible for the death threats she’s been receiving.

Certainly puts a new spin on your problems, doesn’t it? Most of us get a little uneasy when a car is following us down the street longer than five minutes, so we swerve through little alleys like maniacs to save ourselves. Or how about when the mailman suspiciously surveys your house before dropping off the post in the morning driving you to reach for the baseball bat or bury a bear trap in snow on the front lawn?

But now, all of a sudden things look a little brighter and less threatening.

Let’s raise our bats and bear traps in hope that Robert Dewey Hoskins is caught quickly and permanently.