Lana Del Rey has not been getting a lot of love of late. But she doesn’t give up that easy: The singer proves critics wrong with the release of her new record. 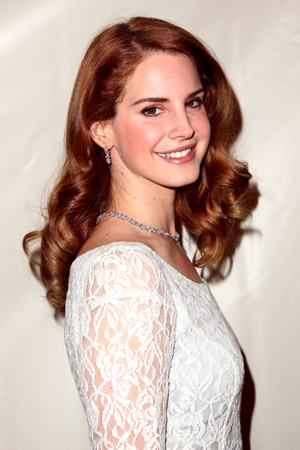 You know what they say: Haters are just gonna hate.

And so it is with the innocent little lamb named Lana Del Rey, who has been receiving a consistent dosage of heat from the media these past few weeks.

The singer’s performance on Saturday Night Live last month was torn to pieces by critics. And, in all honesty, it was not the greatest. Del Rey lacks stage experience and maybe it shows, but that performance — unfairly so — has been haunting her ever since.

This week, the New York Post reported that all the tormenting Del Rey has received since her SNL performance drove her to cancel her spring tour. But according to her rep, the whole story is completely and utterly false — the singer did not even have a spring tour planned. Bam, take that!

This week brings a wonderfully oh-the-clouds-parted-hallelujah-esque moment for Del Rey because her new album, Born to Die, debuted at number two on the Billboard 200 album chart, selling over 76,000 copies in its first week.

The first spot is being safely clutched by Adele‘s 21 album. Basically, Del Rey is second to the music industry’s crème de la crème, which ain’t half bad.

Maybe next week, Del Rey will even dethrone Adele from her comfy number one spot. Who knows? Even now, she can do a little dance and strut with swag, because she’s at the top.