Those Brits really know their comedy. A hilarious duo is importing a Harry Potter play to warm us up in the Great White North. 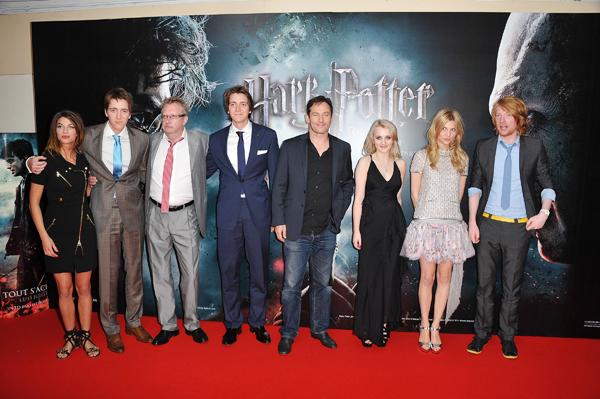 Imagine an actor who can play hundreds of characters in the span of 70 minutes. Sounds impossible, no?

Well, clap your hands, slap your knee and Bob’s your uncle — it’s the real deal. Potted Potter includes only two actors, 70 minutes of performance and seven novels’ worth of stories.

The title of the play makes a bit more sense once you know that it’s a re-enactment of J.K. Rowling’s Harry Potter series, in which Jeff Turner plays the iconic wizard and his partner Daniel Clarkson plays all the other characters. Three hundred and sixty of them, to be exact.

Wait, all of them? Even Voldemort?

“He’s actually my favourite,” said Clarkson. “He starts off nasty, but then gets sillier and sillier with a kind of camp charm. He’s very evil, in a sort of festive way.”

The play garnered some serious love in the U.K., Australia and New Zealand, and now it’s coming to Canada!

The performances start this Saturday at the Panasonic Theatre, Toronto. And maybe if it finds success, the troupe could extend dates to other cities.

“We love what Canada has given to the world of comedy, through people like Mike Myers and Jim Carrey and the blokes from SCTV,” said Clarkson.

“And we also think that Canadians will appreciate the dryness of the British humour,” added Turner.

Well, there ye have it, kids. Canadian cynicism is finally receiving the praise it deserves. Maybe as an homage to our country, the duo could re-enact our history in 30 minutes or less?