It’s good to see her trying to make an effort. Heidi Klum has stepped out for the first time since splitting with husband and musician, Seal, and she is looking fabulous while doing it. 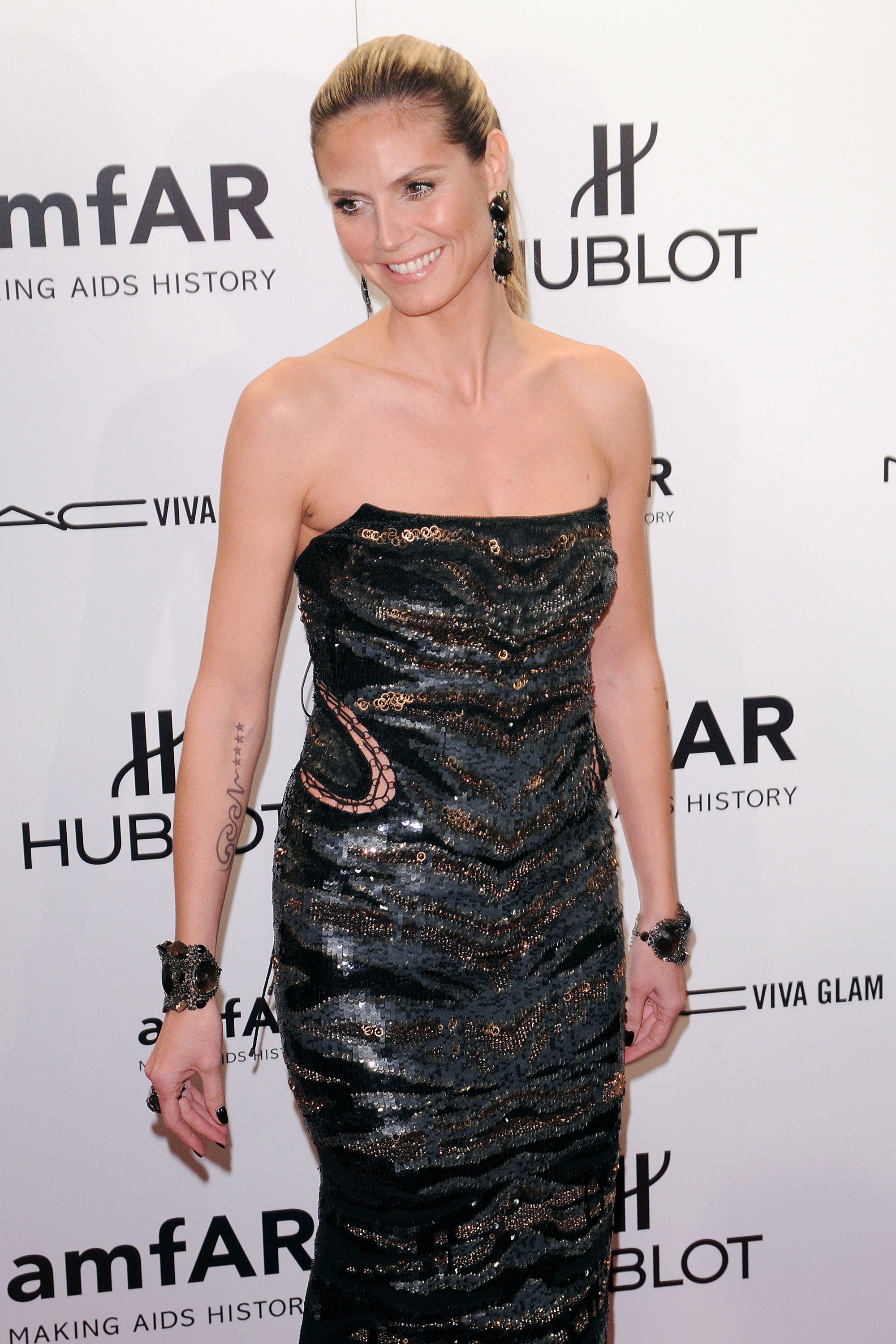 Heidi Klum took a night off from the rumours, speculation and drama currently going on in her life and danced the night away.

The supermodel was spotted for the first time out since announcing her split from hubby and singer, Seal, at the amfAR gala in Manhattan. The statuesque beauty wore a glitzy Roberto Cavalli gown and one of her best assets: her smile. Although Heidi is used to the spotlight, the recent attention concerning her marriage has been all but too overbearing.

The former Victoria’s Secret Angel split from Grammy winner and husband, Seal, after almost seven years of marriage. The two had three biological kids of their own — Henry, 6, Johan, 5, and Lou, 2 — and daughter Leni, 7, from Heidi’s previous marriage to Formula One team director, Flavio Briatore.

According to Us Weekly, the stunning blonde avoided any press interviews on the red carpet and just tried to enjoy her time out.

“Heidi is trying to focus on work and her kids in this time of heartbreak,” said a source to Us Weekly. “She most definitely wouldn’t be out tonight if it wasn’t to support a charity she believes in.”

It’s good to see Heidi out there mixing and mingling, especially since Heidi has always been seen positively beaming and happy before the divorce. But we have to wonder — will she be reconciling with Seal?

According to another source who told Us Weekly, the couple has “zero plans to get back together.”

We can still wish though, can’t we?