Home-girl has had enough! Ellen speaks out against the heavy scrutiny of her partnership with JC Penney. 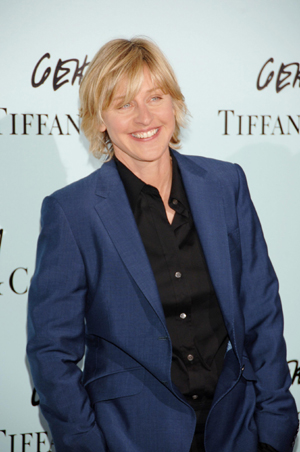 In terms of human rights, we are a bit spoiled up here in the Great White North. But our friends down south are still struggling to find that happy, sunny spot in the continuous tug-of-war between different human rights groups.

In a show scheduled to air today, Ellen DeGeneres addresses some of the hatin’ she’s been receiving lately.

A conservative group called One Million Moms is criticising JC Penney’s choice of DeGeneres as the new face of their campaign.

“By jumping on the pro-gay bandwagon, JC Penney is attempting to gain a new target market and in the process will lose customers with traditional values that have been faithful to them over all these years,” the group’s statement read.

But Ellen will not have anybody talking smack about her; so, after cracking a few well-aimed jokes, she broke down the facts.

“First of all, being gay or pro-gay isn’t a bandwagon. You don’t get a free ride anywhere. There’s no music. And occasionally we’ll sing ‘We Are Family’ but that’s about it,” DeGeneres stated in her opening monologue.

“Here are the values I stand for. I stand for honesty, equality, kindness, compassion, treating people the way you’d want to be treated and helping those in need. To me, those are traditional values. That’s what I stand for.”

If there was a way to project a standing ovation in writing, it would be inserted right here, right now.

In childhood, when dear old Grandmamma was trying to instill good values in our silly little heads, was discrimination one of them?

It is safe to say traditional values will remain intact, even if Ellen is smiling down on you from a JC Penney billboard. Wouldn’t you agree?