Eva Mendes is the new cover girl for the March issue of Marie Claire and she opens up about everything, from aspiring to be like Julianne Moore to her yummy boyfriend. 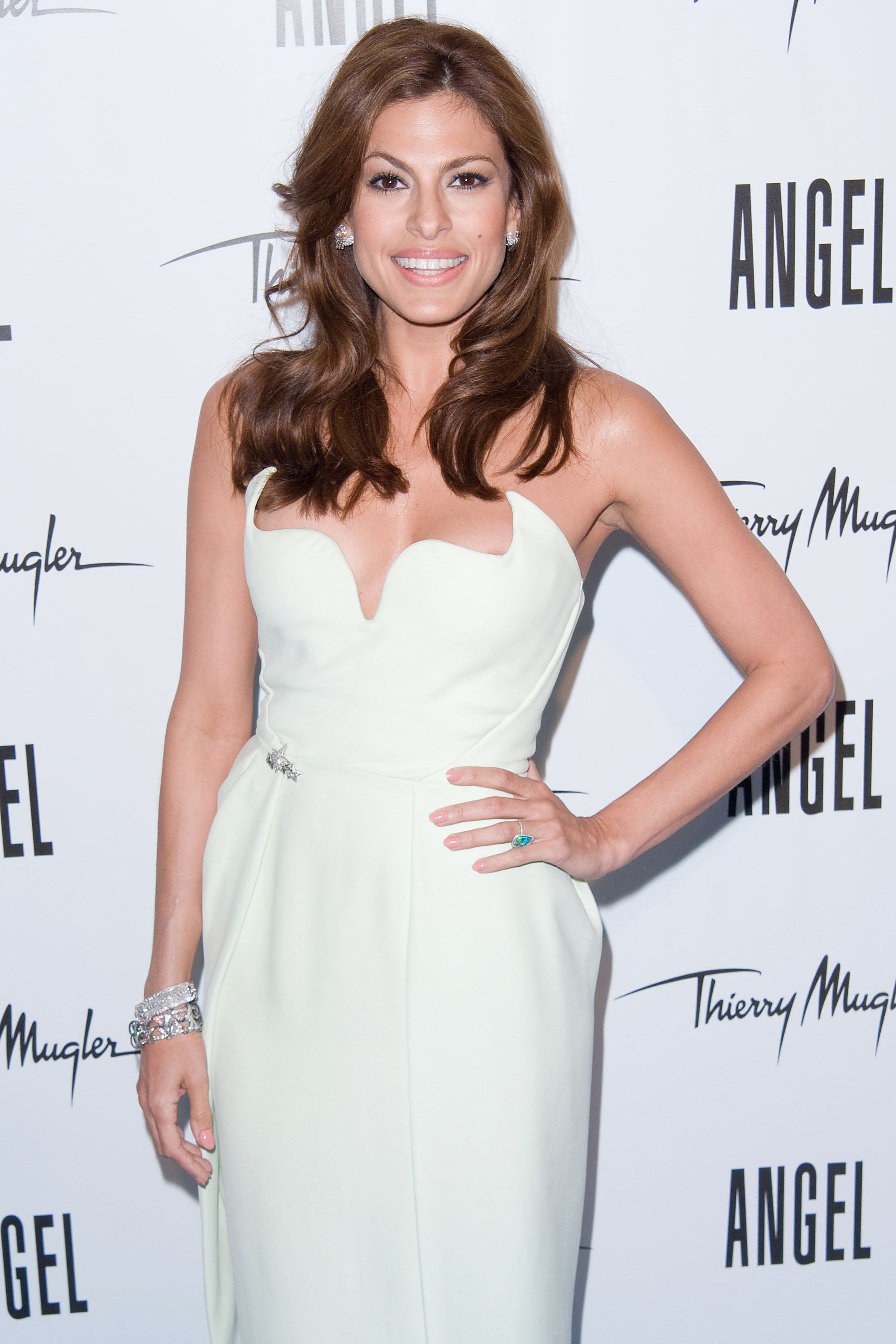 The Cuban actress opens up about everything in an interview with Marie Claire: speaking French to her dog, releasing her personal relationship issues to her therapist and her aspirations to become a respected actress in Hollywood. Eva is the latest Hollywood celebrity to earn a coveted magazine March cover and she certainly makes the most of it.

The stunning brunette looks carefree and natural in a colourful, jewel-encrusted tank top on the cover of the popular women’s lifestyle magazine. Among her many admissions, the 37-year-old says that she taught her pup, Hugo, commands in French,  and she ready to be in the ranks of women such as Julianne Moore and Annette Bening.

“I’d kill to have half the careers they’ve had after 40,” says Mendes in the interview with Marie Claire.

Known for playing roles that highlight her seductive, Maxim-worthy physique, Eva discusses her new role in her newest movie project, Girl in Progress, an indie flick about a mom who becomes so consumed by her own life that she ignores her chess-prodigy daughter, who eventually gets sucked into the wrong crowd. Eva says this film is a reflection of her ability to take on any role.

“I have taken the opportunities that have come my way and made the best of them,” says Mendes.

Although we love hearing about her career and life goals, everyone wants to know one thing: how’s your sexy boyfriend doing?

The Other Guys star is currently dating suave, cool and so-gorgeous Canadian-born actor Ryan Gosling. According to People.com, who got extended in-depth access to the entire magazine interview, Eva speaks highly of her beau — without giving out too many deets — especially after having the chance to work with him in the upcoming movie, The Place Beyond the Pines.

“He’s your dream costar. I have never felt so creatively satisfied on a film. He’s amazing.”

We have a feeling that he satisfies in other ways too. Come on, you knew that was coming.