The world is sick… sick with Bieber Fever! Little adorable fans were reported to police for disturbing the peace. But was anyone arrested? 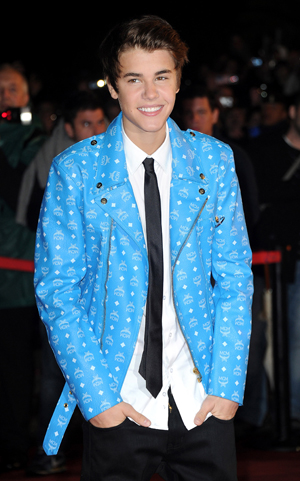 Keep those pom-poms in the air, girls!

The owner of Hit Factory called the authorities to arrest a group of enthusiastic Justin Bieber fans camping/cheering outside the Miami recording studio.

Bieber showed up at the studio earlier this week to work on his album, and indulged the crowd outside in a brief, shirtless skateboarding eye-treat.

So, the Biebettes were expecting the star to re-appear and got a little too boisterous in the wait.

When the police arrived, the fans reportedly implored their presence was vital to their lives.

“[Justin is] amazing! He’s everything!” one young lady pleaded, according to TMZ.

“I touched his hand! He smells like cotton candy!!!” another exclaimed.

Oh, the suffragettes are rolling over in their graves.

Nevertheless, the police officers were won over after a few rounds of batted eyelashes, and permitted the girls to stay, as long as they kept the noise to a satisfactory minimum.

Although the pop star was not reported to have shown up, it is a comfort that Bieber justice always prevails!