It’s a little ironic, no? A celebrity known for singing is flocked by cops for blasting his music too loudly. Not very gleeful of them. (Come on, the puns are practically writing themselves!) 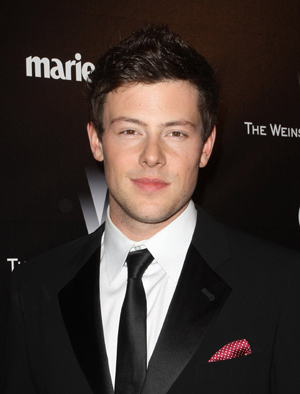 Cory Monteith, you silly goose, Canadians are not supposed to ruffle any feathers!

Yes, Monsieur Monteith has brought shame upon our peace-keeping nation after the po-po (police) busted his Hollywood party for excess noise.

The late-night festivities were attended by many of his Glee co-stars, but the music volume just didn’t sit right with the neighbours at four-o’clock in the morning. So, the authorities were contacted to bring it down a notch.

It’s unclear what the occasion was for such extensive jollities, but it seems to be a tie between “birthday party for a friend” and “housewarming.” Take your pick.

Monteith shares his Hollywood abode with a friend, which came quite in handy, because it was his roommate who received the citation for the loud music, and not the actor himself.

One cannot help but wonder if the Canadian acteur escaped the citation because of his pretty eyes and dreamy disposition.…

Regardless, only one question remains: Why didn’t we receive our invitation?

Glee star… on drugs? Cory Monteith cops to drug use
Glee gets sexy for GQ
Cory Monteith to guys: Straight but not narrow