Bad Harry! No one wants to believe it, but Daniel Radcliffe is not perfect — and it just breaks our naive little hearts. 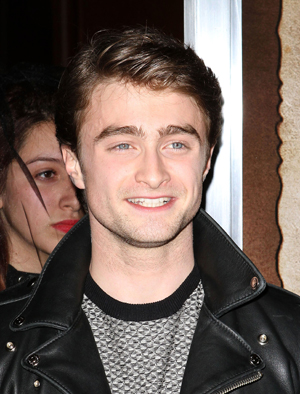 Oh no! The purity bubble that the world has built around Harry Potter actor Daniel Radcliffe has just been burst.

Radcliffe admitted to being drunk while filming several scenes in the Harry Potter movies.

“I have a very addictive personality. It was a problem. People with problems like that are very adept at hiding it. It was bad. I don’t want to go into details, but I drank a lot and it was daily — I mean nightly,” the actor admitted to British celebrity news magazine Heat.

Most of us may be a little shocked by the news — considering that the Harry Potter cast is known for members’ angelic behaviour and relatively composed image — but the news make sense.

Radcliffe was not just propelled but rocketed to stardom at a tender age of 11. And while most kids are struggling to get off a tire swing or sneak cookies out of the jar before supper, he was busy attending movie premieres.

Picking up a drinking problem couldn’t have been hard when alcohol is readily available to you and the stress is piling up faster than spam e-mails.

Luckily, Radcliffe is now in a loving relationship with a production assistant and is currently promoting his new movie, The Woman in Black.