The censor exploded in the control booth during the halftime performance at the Super Bowl, as M.I.A. treated the audience to a one-finger salute. 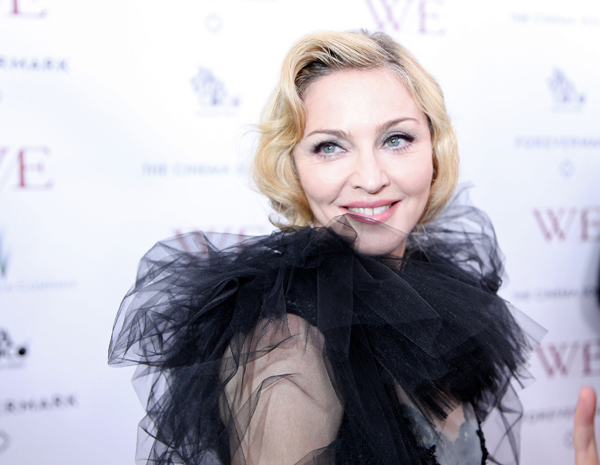 Grab your torches, sharpen your pitchforks — there has been a mishap at the Super Bowl!

Yes, millions of people were sitting with their handy magnifying glasses, giddily awaiting a misstep to blow out of proportion.

Well, M.I.A. is no fool and she gave you exactly what you wanted — controversy.

The British singer flipped off the viewers during Madonna‘s halftime show, immediately setting off morality and decency alarms. And the Parents Television Council (PTC) jumped on this Super Bowl controversy faster than a runner at the start of a 100-metre dash.

“NBC fumbled and the NFL lied because a performer known as M.I.A. felt it necessary to flip off millions of families,” wrote PTC president Tim Winter. “It is unfortunate that a spectacular sporting event was overshadowed once again by broadcasting the selfish acts of a desperate performer. Last week the NFL formally told the PTC — and the American public — that the Super Bowl halftime show would be ‘appropriate.’ Most families would agree that the middle finger aimed directly at them is not appropriate, especially during the most-watched television event of the year.”

It is a shame indeed. But.

The performance was led by Madonna, with M.I.A. and Nicki Minaj acting as her entourage and adlibbers. All three of the singers are not exactly known for their tranquil and conventional attitudes. And if M.I.A.’s actions “overshadowed” the Super Bowl for you, maybe it’s not such a spectacular sporting event after all — or maybe you’re more excited by the shiny box of chocolates than by the chocolates themselves.

Naturally, both NBC and NFL issued apology statements, but the PTC is not won over that easily.

“A simple apology rings hollow after yet another slap in the face to families, especially when NBC has argued before the U.S. Supreme Court that it should be allowed to air all manner of indecent material at any time of day, even when children are watching,” another statement read.

With statements like these, it’s hard to believe that there is still a niche for comedians in the world.

If a child is so sheltered from the world that the sight of M.I.A. flipping off the audience will send him/her spiralling out of control, maybe the problem is a little deeper than a simple performance at the Super Bowl. Also, maybe that child should not attend public school, where the middle finger flies higher than the flag.

And calling NFL and NBC liars? We guess it can be presumed that none of the righteous parents on the PTC have ever enjoyed an entertaining myth with their children, like teaching them to believe that Santa Claus or the Tooth Fairy is real, because that would put them in the uncomfortable position of being hypocrites.

The parallels between this incident and Janet Jackson‘s wardrobe malfunction of 2004 were being drawn even before the average viewer had begun processing the event.

The difference is that the middle finger is as much a part of the daily lives of modern youth as Facebook or Twitter, whereas walking around without your top on is still highly frowned upon. Although neither is encouraged, for decency’s sake.

This is not meant to justify M.I.A.’s actions but to simply put it in perspective. Yes, she flipped off the audience on purpose. But it appears that the impressionable viewers are not children at all and they probably barely noticed the offence. It was the parents who were ultimately the target.

Is this really what we should be wasting our brain cells on?