People get ready! Roseanne is planning to run for president of the United States of America. Cue audience applause. 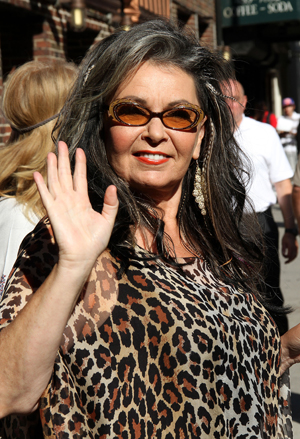 To Canadians, the U.S. presidential elections are akin to Hollywood reality TV shows.

We don’t really understand them but nonetheless are always eager to find out who’s slept with whom, and which wacky character is going to do something crazy.

Well, in the most recent news of the election there appears to be a new twist in the plot. Le gasp!

Roseanne Barr, actress and comedian, has submitted the required paperwork to run for presidency as a Green Party candidate.

“The Democrats and Republicans have proven that they are servants — bought and paid for by the 1% — who are not doing what’s in the best interest of the American people,” Barr’s announcement read.

Reminiscent of Lenin on his soap-box, Barr shall progress the cause of the proletariat with ruthless vigilance. Question is: Will Americans vote for her?

The Green Party of the United States has a similar platform to the Canadian one, with strong emphasis on equality and environmentalism.

But with the American phobia of all things remotely socialist, it seems unlikely that the party would receive the recognition it craves other than in the hidden congregations of yoga studios and in the stands of organic food markets.

The Green Party is going to select it’s presidential nominee at a convention in Baltimore in July.

Regardless, this throws a glorious curveball at the presidential race, and gives us a solid excuse to dust-off our Roseanne VHS tapes.