A few months ago, few people had heard of Berenice Bejo or The Artist, and now with the Oscars coming up, both are fiery topics of discussion. 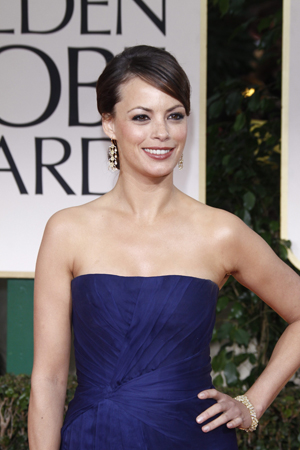 Berenice Bejo is on a speedy escalator to stardom, no doubt about it.

The French actress earned her first Oscar nomination this year for her performance in The Artist and suddenly everyone is taking notice.

Most recently, Meryl Streep has praised Bejo for her work.

“Meryl came up to me and said that she and her family watched the movie three times and that the movie will stay around forever,” Bejo told E! News at the DGA Awards. “She said I should be very proud of it.”

“I almost cried,” Bejo said, “I have to keep myself from crying now. She is so wonderful…You just want to hold her. She’s so real.”

If the skies ever parted and Meryl Streep descended upon us, mere mortals, and bestowed on our self-righteous heads some praise, we’d all break down in tears.

Saint Meryl accumulated 2 Oscars, 8 Golden Globes and 2 Emmys in her baffling career. Not to mention her convincing possession of more accents and dialects than a world food fare.

When she speaks, we all nod and sob in awe.

Bérénice Bejo may just be gaining worldwide recognition now, but the girl’s got talent and we can’t wait to see what she’ll do next.