The sibling of Nick and Aaron Carter, Leslie Carter, mysteriously passed away on Tuesday. Inquests into the cause of death are being made, but as of now no dramatic conclusions have been officially drawn. 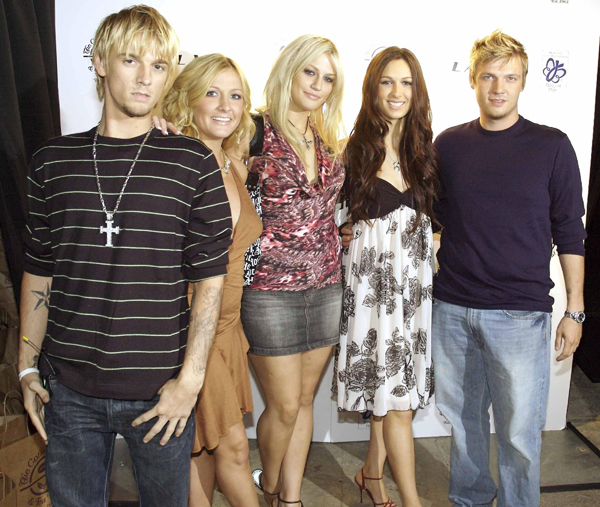 Leslie Carter (picture above in the middle), an aspiring singer and sister of Aaron and Nick Carter, passed away in upstate New York at age 25 Tuesday.

“Our family is grieving right now and it’s a private matter. We are deeply saddened for the loss of our beloved sister, daughter, and granddaughter, Leslie Carter,” said a statement from the family to Access Hollywood. “We request the utmost privacy during this difficult time.”

According to E! News the autopsy performed on Carter showed “no visible signs of trauma.”

A toxicology report will be done to determine the cause of death but it would be released only at the discretion of the family or leaked by a family friend.

According to emerging reports, Carter had a history of mental illness and three prescription drugs used to treat schizophrenia, bipolar disorder and anxiety disorders were near her at the time of her death.

The police report obtained by ABC News lists “overdose” under “incident type,” but with the autopsy being inconclusive, an overdose can only be speculation at this point.

Before jumping to any conclusions or painting any elaborate conspiracy theories, we must wait for the toxicology report to be processed, which takes four to six weeks.

Let’s go back to our knitting in the meantime, and give the Carter family space to grieve in this terrible tragedy.

More on the Carters

Nick and Aaron Carter mourn death of sister
Nick Carter: The show must go on
Aaron Carter: Michael Jackson tried to touch me