It’s Jack White’s moment to shine. The singer and guitarist released the first single off his upcoming highly-anticipated album. Oh boy, oh boy it’s like getting a new toy! 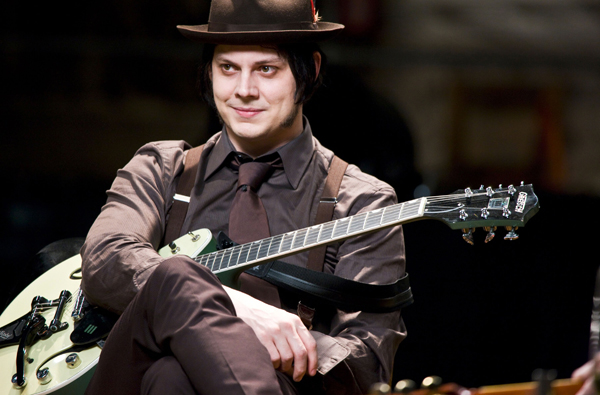 Jack White released a single “Love Interruption” on Monday, as a wee-little teaser for his first solo album – Blunderbuss, due out April 23.

The songwriter, famously known as the male-half of the band The White Stripes is finally going solo.

“These songs were written from scratch, had nothing to do with anyone or anything else but my own expression, my own colours on my own canvas,” White told the BBC Radio 1 on Monday night.

The lyricism of the new single is a gooey poetical love twist with sprinkles of irony covered with caramel vocals. If that sounds like your kind of treat, you are encouraged to ingest the song three times daily while patiently awaiting the release of the album.

And loyal fans, fear not, White has not abandoned his other bands – Dead Weather and the Raconteurs. No need to reach for the inhaler.

As a minor side-note, for it needs to be stated, White curiously resembles, to some of us, a Tim Burton film character who wandered off the set and never made into a movie, no?

For now, we must content ourselves with the thought of the new album and just cuddle with our Jack White posters, at least until April 23.