Oh, Rachel Weisz. You are too beautiful for this world, so beautiful, in fact, that no one will believe that you are 41 years old — especially not the ASA. 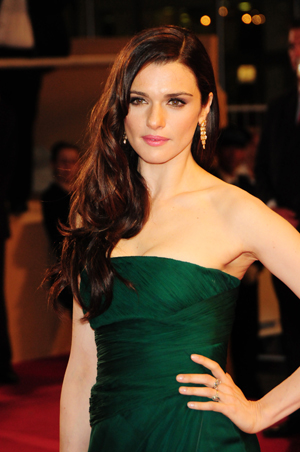 But why, you may ask? Is it discriminatory? Is it offensive? Is it too sexy?

The ASA found it unconvincing that the 41-year-old actress’ skin could be as deliciously smooth as it appears in the ad, thus deeming the ad “misleading” to the consumer.

Is this for real?

First off, has anyone seen Rachel Weisz lately? The woman glows like the goddess Venus at dawn.

Secondly, since when are ads a reflection of honesty? A genuine, home-grown 41-year-old woman would commit to a nunnery before allowing her photo to be plastered on a billboard without air-brushing.

The advertisement might be exaggerating the effects of L’ Oréal’s cream, but — and the following information may hit you like a speeding train — there is actually no cure for aging. Any ad, in that case, would be misleading.

The ASA has banned Julia Roberts‘ and Christy Turlington’s beauty ads in the past, with the same allegations.

And while the ASA in no way claims to question, or test, the actual effects L’Oréal’s cream promises, they are against the over-processed image of Ms. Weisz, which “misleadingly exaggerated the performance of the product.”

By the same token, we think those Swiffer and Pledge advertisements should be re-evaluated: They’re just tottering on the brim of witchcraft.