It’s getting hot in here! The singer, K’naan, is not very happy after hearing that his song “Wavin’ Flag” was used by Mitt Romney in his campaign. 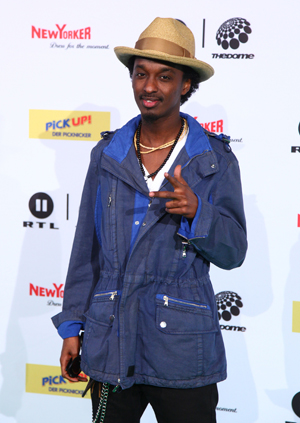 And the Canadian singer was not too pleased.

After hearing that his song was turned into Romney’s new theme song, K’naan took to Twitter to salvage his dignity.

“Yo @mittromney I am K’naan Warsame and I do not endorse this message.”

Now, without getting too deep into politics, it’s no secret that Canadian conservatism is roughly equivalent to a drunken hippie to American Republicans, so it’s hardly surprising that K’naan would be a little irritated with his song being used for a Republican platform.

Speaking strictly logistics, “Wavin’ Flag” became the official song of the World Cup 2010 and it deals with issues of liberty and struggles against all odds, whereas some of Romney’s core values include banning gay marriage as well as reinstating the death penalty, hardly fitting, no?

But he’s not the only politician being booed for his ill-chosen campaign songs; Romney’s arch-nemesis — Newt Gingrich, was actually served with a freshly-baked lawsuit this week by Frank Sullivan for using “Eye of the Tiger” during his rallies.

Maybe there should be a federal campaign playlist endorsed by enthusiastic Republican or Democratic artists. It would definitely help in saving some of this drama for the debates.