Can’t we all just get along? Major American TV networks are putting up their fists to secure a chatty-chat with the Kate Middleton’s sister Pippa. 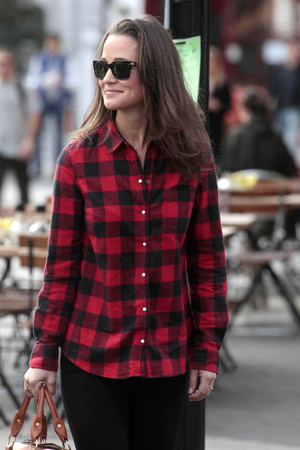 Only weeks after threatening the paps with lawsuits, Pippa becomes a hot “commodity” for talk show giants.

Reportedly, Oprah Winfrey and Barbara Walters are battling it out for the golden key to Pippa Middleton’s first TV interview.

Now, the 28-year-old sets out to promote her upcoming book on how to be a perfect party hostess for which she reportedly received £400,000 from the Penguin Publishing House.

“It will be about entertaining and how to throw the perfect party. It’s not just about being the perfect hostess – it will also include recipes and information about how to host different types of events,” a friend dished out to Daily Mail last November.

Pippa works as a professional party planner for a London-based company Table Talk and is a contributor to The Party Times an online newsletter on her parents’ website Party Pieces. So, the girl knows her parties.

But don’t expect her to pull any royal favours on promoting her book; Pippa’s blossoming into a celebrity all on her own.

And by keeping her life as private as one possibly can, when every camera lens in the country is focused on your every movement, she managed to create a certain “je nais se quoi,” if you will, around her.

Thus, making her the Holy Grail of all interviewees.

Oprah’s OWN network, ABC TV legend Walters and NBC’s Ellen Degeneres are all pushing to secure the royal in-law on their respective talk shows, even offering six-digit figures for a chat.

TV source told the Sunday Mirror, “The big guns see Pippa as the big-name interview of 2012. Oprah and Barbara Walters are hot on the case.”

With all this fuss, it should be one heck of an interview and one firecracker of a book.

More on the Royals