When it comes to Hollywood movie philosophy, no person is off limits, no event is sacred enough. So, it’s small wonder that an Obama biopic is being considered; but it is a bigger wonder as to who wants to play him. 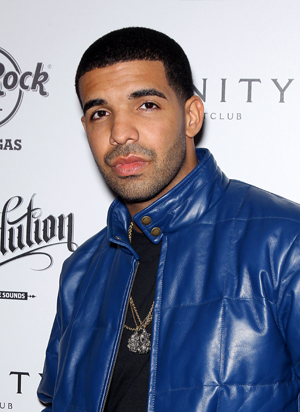 That’s right. The Canadian hip-hop star recently declared that he wants to play Barack Obama if a biopic is ever made.

“I hope somebody makes a movie about Obama’s life soon because I could play him. That’s the goal,” Drake revealed to VH1. “I watch all the addresses. Any time I see him on TV, I don’t change the channel. I definitely pay attention and listen to the inflections of his voice. If you ask anyone who knows me, I’m pretty good at impressions.”

Before hitting it big as a rapper, the 25-year-old was paving his way to superstardom as a wheelchair bound Jimmy Brooks on Degrassi: The Next Generation.

Now, papa wants a brand new bag, and Drake is not one to aim low—the President of the United States seems reasonable.

This could be a beautiful parallel to Eminem‘s 8 Mile, except Obama: I think I can, I think I can, with Michelle Obama being played by Nicki Minaj — the resemblance is uncanny.

But in all seriousness, if Drake says he can do it, who are we to deny him the opportunity? But before being elected for the, no doubt coveted, role of Monsieur President, we need to see some evidence that Drake’s acting chops are as solid as he claims they are.

So, use the old noodles and let us know, can Drake pull off playing Obama?