But she was doing so well! With two probations neatly filed away, you’d think Lindsay Lohan would finally get a chance to usher in a fresh, new “crime-free” era…. 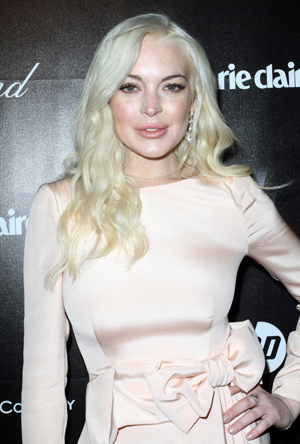 The legal system must be so dreary when Lindsay’s under probation. But have no fear, a new lawsuit is here.

A nanny named Nubia Del Carmen Preza just filed a lawsuit against Lohan over an alleged hit-and-run in September, 2010.

Ms. Preza claims that while on a walk in West Hollywood, Lohan ran into her in a rented Maserati.

In the lawsuit revealed to E! News, Plaza is demanding unspecified damages to cover “serious personal injuries, pain, suffering and anguish;” past and future medical expenses; and loss of wages and future earning potential due to her inability to perform her usual occupation.

A paparazzi witness told RadarOnline that he saw the accident and confronted Lohan after the scene.

The accident was reportedly “full impact,” but Preza was able to walk away, while Lohan fled the scene.

Currently, Lohan’s rep cannot comment on the situation. “To the best of my knowledge, neither Lindsay nor her attorneys have been served with a lawsuit,” he told E! News. “So we really can’t comment on something that hasn’t been served through the proper channels.”

Oh, Lindsay. It’s been a fun ride on the dark side, but maybe now is a good time to start being a good girl.