Singer Taylor Swift reveals what motivated her new record — and her reservations about sustaining her current success. 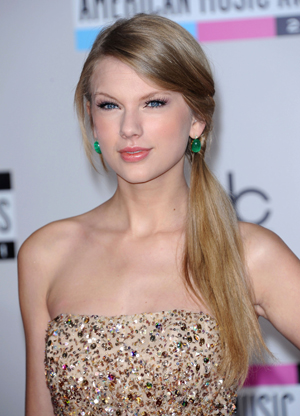 The country star Taylor Swift confesses her fears — and her inspirations for the new record.

The singer’s latest album, Speak Now, went five-times Platinum, had six hit singles and received enough awards to fence in a small stadium. It’s no wonder that Swift is unnerved — can she repeat her last album’s success?

“I fret about the future. What my next move should be. What the move after that should be. How I am going to sustain this. How do I evolve,” she tells Vogue in the February issue.

With the Speak Now tour wrapped up, Swift admitted that she is working on her next album.

Although the songstress is currently single, she confessed that the inspiration for her new record is a past relationship.

“There’s just been this earth-shattering, not recent, but absolute crash-and-burn heartbreak,” Swift revealed to Vogue, “and that will turn out to be what the next album is about.”

Swift explains the evolution of her lyricism and progression of the record’s personal nature: “The only way that I can feel better about myself – pull myself out of that awful pain of losing someone – is writing songs about it to get some sort of clarity.”

The singer was recently spotted attending the Sundance premiere of an HBO documentary on Ethel Kennedy, appropriately titled Ethel. Swift, a big fan of the Kennedys, is said to have written a song about the famous family. Can we expect it to be on her new record?

Taylor Swift and her fans lose out to U2
Is Taylor Swift’s new album all about Jake Gyllenhaal?
Taylor Swift gets flirty with Zac Efron