Music icon Etta James has passed away from health complications, leaving behind an unrivaled legacy and a feeling that she was our “Sunday kind of love.” 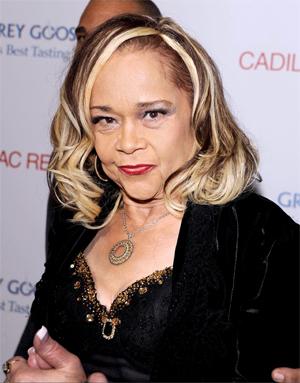 Etta James, aged 73, died of complications from leukemia at a hospital in Riverside, California.

The legendary blues and R&B singer had been in ill health for several years, suffering from dementia and kidney failure.

In the past few years, James had spent time in a detox facility for addiction to painkillers and over-the-counter medication. She had also been struggling with complications from a gastric bypass, performed in 2002 to help control her weight. James was known to have struggled with alcohol, cocaine and heroin throughout her lifetime.

Jamesetta Hawkins, better known as Etta James, was born on Jan. 25, 1938 to a 14-year-old mother. She grew up in South Los Angeles during WWII and has never met her father.

Her light complexion and blonde hair made her stand out in the African-American community. She began to make her mark in the St. Paul Baptist Church choir, being singled out for solos when she was a mere child. The church was attended by Hollywood stars such as Lana Turner and Robert Mitchum.

Her powerful, earthy, emotionally driven vocals brought life to the coarsest of songs and made her voice memorable to even the most untrained ears.

James is best known for “At Last,” which became a hit in 1961. The soulful bluesy ballad became her signature song. Another song irrevocably connected with the singer is “I’d Rather Go Blind,” co-written with her friend Ellington Jordan. It expresses the passionate, authentic desperation of a woman who’d rather lose her sight than see the man she loves with another.

During her career, spanning six decades, James received six Grammies, and was inducted into the Rock and Roll Hall of Fame in 1993 and the Hollywood Walk of Fame in 2003.

James’ most recent record was released in November 2011 and titled Dreamer.

Her risqué motifs and iconic blood-boiling voice inspired generations of singers, including Tina Turner, Christina Aguilera and Beyonce, who carefully studied James for her role in the film Cadillac Records. Beyonce posted a tribute statement to the singer on Friday, saying:

“Etta James was one of the greatest vocalists of our time. I am so fortunate to have met such a queen. Her musical contributions will last a lifetime.… When she effortlessly opened her mouth, you could hear her pain and triumph. Her deeply emotional way of delivering a song told her story with no filter. She was fearless, and had guts. She will be missed.”

Etta James is survived by her two sons, several grandchildren and her husband of 42 years, Artis Mills.

12 hrs ago
by Jessica Castillo