Make some noise for the movie that’s changing history. The Artist is taking Hollywood by storm, one award at a time. 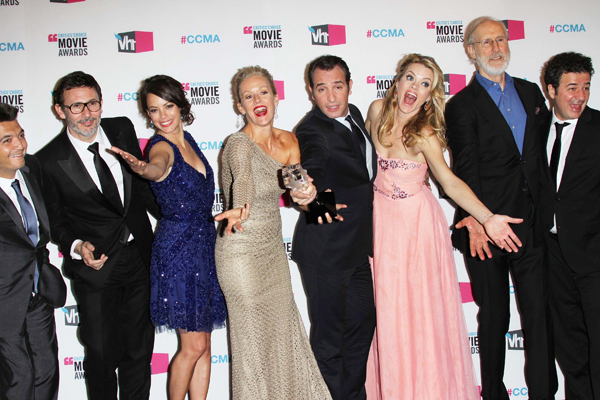 With the Oscars coming up, all of Hollywood’s a-buzzing about one of this year’s Best-Picture contenders: The Artist.

The silent film that’s got people talking has won three Golden Globes already and has the potential to make movie history.

The only non-talkie ever to win an Oscar for Best Picture is William A. Wellman’s Wings (1927), starring Clara Bow and Buddy Rogers. Now, 85 years later, The Artist has a chance to become the second silent film in history to win the Academy Award’s top prize.

The film tells a story of a falling silent-film actor and a rising actress, who cross paths as the talkies are born. Most of the film itself is silent, with the exception of music, and was described by director Michel Hazanavicius as a “love letter to cinema.”

Despite garnering favourable reviews from the critics, the picture has drawn some disapproval from movie-goers, who demanded ticket refunds after asserting that they were uninformed that the film was entirely silent.

Nevertheless, it appears that the film is bent on making a lot of noise in the movie industry and we should expect to see it a big winner at this year’s Academy Awards.

More on the Golden Globe Awards: