Once again sceptics turn into Â‘beliebers’, as Justin Bieber raises funds for his home town of Stratford through an auction. 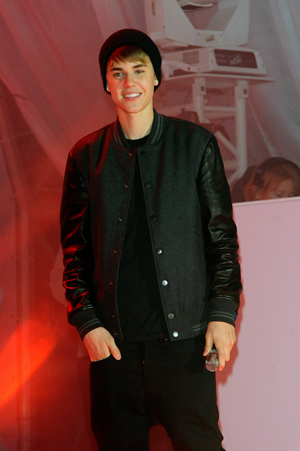 Justin Bieber makes us smile with his latest good deed. While the Canadian singer was spending the holidays in his hometown, he visited a local car dealership and autographed a fire-engine red 2012 Hyundai Genesis Coupe 2.0 Turbo.

The car, valued at approximately $ 35,000, was donated by Frank Sandola, owner of Stratford Hyundai. Sandola, who sold a car to Bieber’s grandmother a few months ago, reckoned that he could have the singer come in and sign a car to be auctioned off for a local good cause.

“It started when I sold his grandmother a car about six months back. I came up with the idea about how I could do something for the city, including Justin too, to help drive it,” he told The Star.

It was Justin’s choice to use the proceeds to refurbish a popular local skate park that needs to be upgraded and cleaned.

This is not the first time Bieber has used his magic to raise money for charity. He has previously auctioned off his running shoes and a lock of his hair for Pencils for Promise, an organization that builds schools and provides school supplies in developing countries.

The car will be listed on eBay on January 20, and the auction will last for 10 days.

Raising money through eBay auctions is not a new phenomenon. In 2011, Brad Pitt auctioned off private meet-and-greets for the Make It Right Foundation, Katy Perry sold a stage dress to benefit the American Red Cross and Jeff Bridges sold his paintings to raise funds for Share Our Strength — No Kid Hungry.

39 mins ago
by Ellen Niz