This town ain’t big enough for two, the role of Elizabeth Taylor is still up for grabs. The film’s producers are considering other actresses, after Lohan’s criminal record creates a complication with the Canadian government. 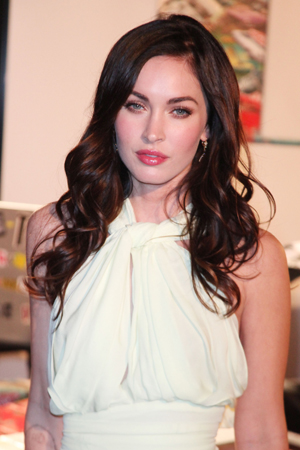 Lindsay Lohan‘s long anticipated come-back might have to wait a bit longer. It appears that she is not the only contender for the role of Elizabeth Taylor in the upcoming Lifetime biopic Liz and Dick.

Although Lohan confirmed her interest in the role to E! News Sunday, she might have to fight for it since Transformers star, Megan Fox, is now in the run for the lead. The executive producer of the film, Larry Thompson, recently stated:

“I’ve been talking to Lindsay Lohan directly, and with her reps, and have been in conversations with other actresses, including Megan Fox. It’s a very serious selection. It’s like casting for Hollywood royalty.”

While Lindsay is still one of the frontrunners for the role, her past run-ins with the law and current probation may hinder her chances of getting the lead. The filming is scheduled to begin this upcoming Spring in Canada and due to her recent DUI, Lohan might be denied entrance into the country unless she manages to negotiate specific terms of stay and conduct with the Canadian authorities

In a fight for the coveted role of an infamous Hollywood icon, who would you rather see knocked-out, Fox or Lohan?