Taylor Swift is being completely honest and humble in her February interview with Vogue magazine and she’s opening up about love, music career and life. 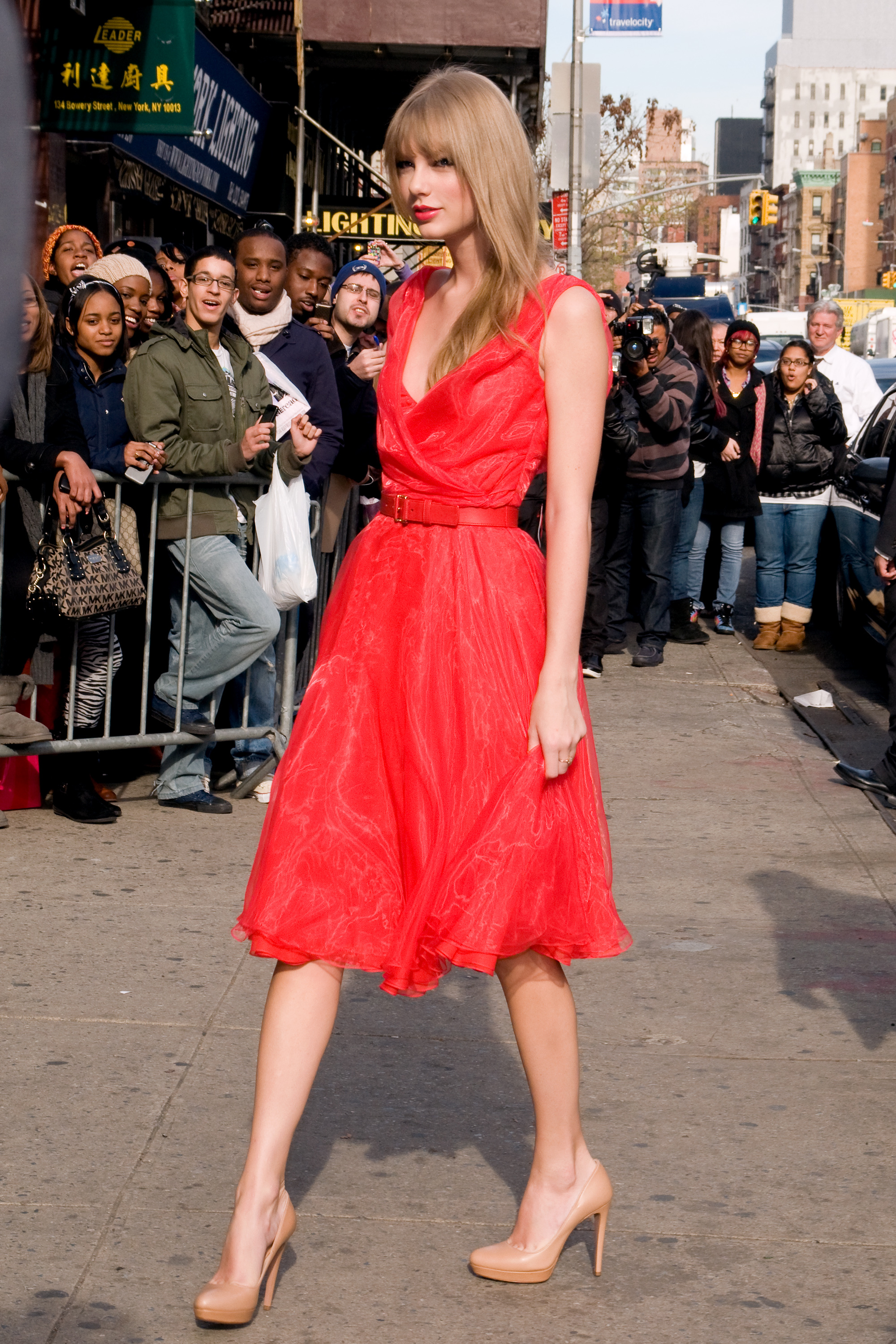 Taylor is no longer the shy outcast she was in high school – actually, she’s far from it.

The songstress made her Vogue cover debut in the February issue looking fashionable, poised and grounded. Taylor Swift, who has won the over the hearts of tween, teens and even adults, opens up in the magazine issue and talks about every girl’s favorite topics – fashion, music and love. However it isn’t Taylor’s stories of awkwardness during her early teenage years that grab your attention, instead it is the country starlets realizations of her major music icon status.

In the interview, Taylor reminisces about being the uncool, curly-haired girl that worried about fitting in and who tried to look like other popular girls. Now the shoe is on the other foot.

“I remember straightening my hair because I wanted to be like everybody else, and now the fact that anybody would emulate what I do? It’s just funny. And wonderful,” said the innocently, sweet Taylor in the interview.

We also get to see another side of the country pop music star that most fashion lovers will appreciate, and that’s Taylor’s love for fashion. Among the description of her Rodarte inspired look and her attendance at the Alexandar Wang runway show, this young Hollywood musician keeps it humble. The 22-year-old who grew up in Pennslyvania said that playing in a stadium of 500,000 people doesn’t phase her, but she is freaked out by her huge popularity.

“I am so happy right now. So I am always living in fear. This can’t be real, right? This can’t really be my life.”