After being constantly hounded by photographers, Pippa Middleton warns the paparazzi through her lawyers. 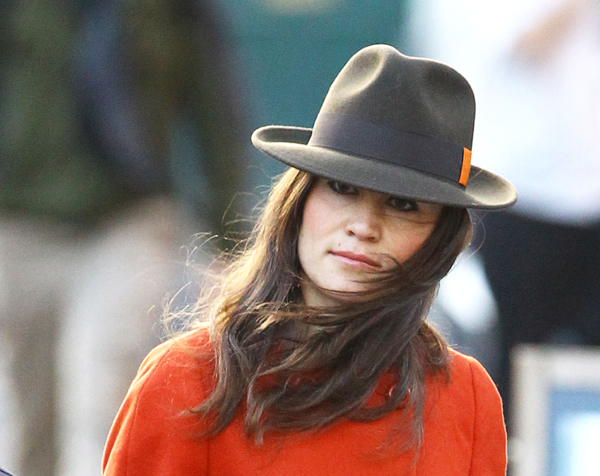 “Her Royal Hotness” called and she wants her privacy back. Since Kate Middleton‘s photos are hard to come by, the paparazzi turned to the next best thing – her sister Pippa.

According to E! News, the photographers take an average of 400 photos a day of the younger Ms. Middleton and camp outside her London flat constantly. Sounds a bit like harassment? Her lawyers agree.

Pippa’s legal team sent out warning letters to individual photographers and agencies and threatened lawsuits if the paparazzi do not back off.

Before marrying into the royal family, Kate Middleton called in the same lawyers after being hounded by the paparazzi. But unlike Pippa, she now has a ring of security protecting her privacy.

The picture editor of Britain’s Daily Mail,Paul Silva, stated that he receives hundreds of photos of Pippa when she simply goes out to grab a coffee. Even he says, “There’s no need for it. There’s no reason to use them. There’s no justification for using them.”

Silva also added that his paper will no longer publish photos of Pippa unless they were taken at an event where photographers are expected to be present.

But maybe Pippa shouldn’t be too hard on the paparazzi — after all, she will want the publicity by her side when her book, How to be the Perfect Party Hostess, comes out later this year.