Olivier Martinez is yet to confirm his engagement to Halle Berry, but his ex-girlfriend, Australian pop-singer Kylie Minogue, already publicly congratulated the couple. 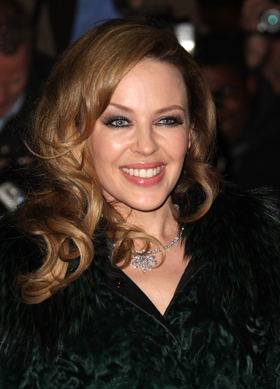 “Congrats to Olivier Martinez and Halle Berry!! #wedding,” Kylie tweeted after hearing the news leaked by the rep of jewellery designer Gurhan to People magazine.

Kylie Minogue dated Olivier Martinez for four years before splitting up in 2007. At the time, rumours were circulating that the two would marry, but they did not. They remain close friends and Martinez even took Halle Berry to see Kylie perform on stage several months ago. Minogue spoke fondly about the French actor after they split, as he helped her through her battle with cancer: “He didn’t hesitate in canceling work and putting projects on hold so he could be with me. He’s the most honorable man I have ever met.”

Berry and Martinez have been dating since 2010. According to Us Weekly, the actor proposed during the holidays with a unique emerald-and-diamond ring.

There has been no word from the couple’s rep, but there’s already excitement in the air and a stamp of approval from the ex and Princess of Pop, Kylie Minogue herself.